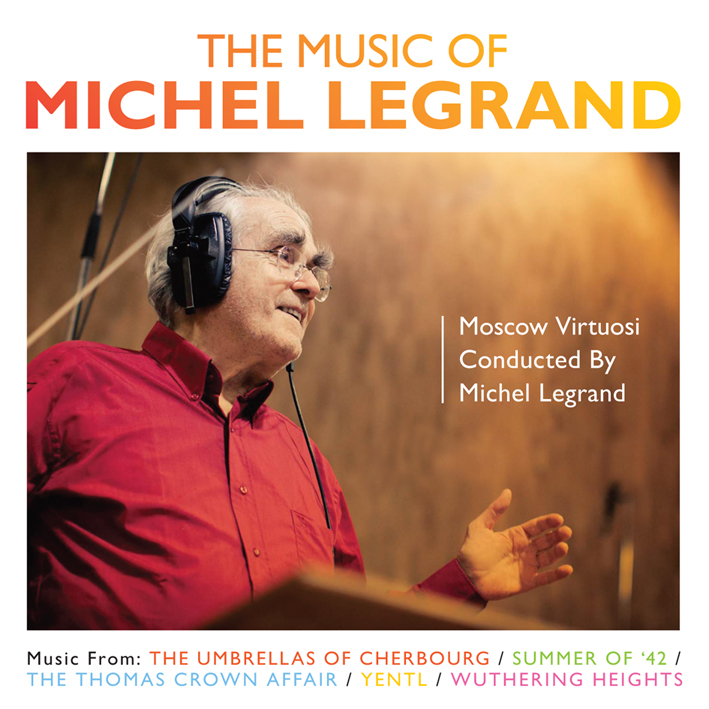 Due to turn 80 next year, Michel Legrand’s haunting music is still hugely popular.  Last June, he performed to a sold out crowd at Ronnie Scott’s Jazz Club to great critical acclaim, and his musical legacy is perpetuated in his niece, Victoria Legrand’s band, Beach House.

“Ever since I was a boy, my ambition has been to live completely surrounded by music. My dream is not to miss out anything. That’s why I’ve never settled on one musical discipline. I love playing, conducting, singing and writing, and in all styles. So I turn my hand to everything-not just a bit of everything. Quit the opposite, I do all these activities at once, seriously, sincerely and with deep commitment.”

On the 5th September, Silva Screen Records are releasing The Music Of Michel Legrand. Recorded in Moscow 2010, this compilation includes some of Legrand’s greatest hits such as; The Umbrellas Of Cherbourg, Summer Of ‘42, Wuthering Heights, The Thomas Crown Affair and Yentl.