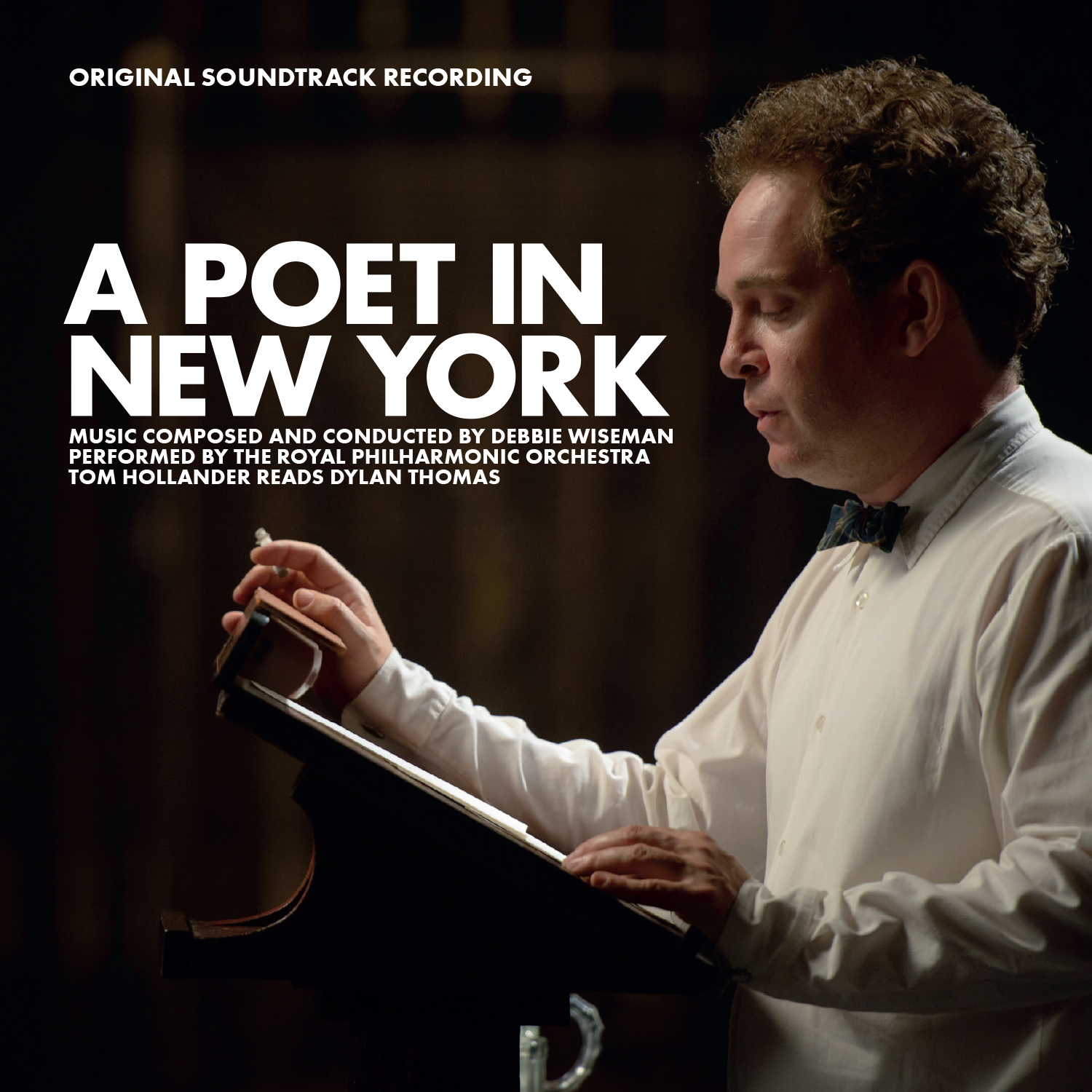 2014 is the centenary of the birth of the celebrated Welsh poet Dylan Thomas. This BBC production starring Tom Hollander (Rev, Any Human Heart) captures the last few days of his life in New York with his wistful yearning for the country of his birth.

Debbie Wiseman is one of the UK’s most prolific composers with over 200 credits for film and TV. Her work includes feature films Tom & Viv, Wilde, Tom’s Midnight Garden, Arsene Lupin and Flood. For TV, Judge John Deed, Father Brown, WPC56 and the soundtrack to Britain on Sunday mornings, The Andrew Marr Show. Awarded an MBE in 2004 she is also an acclaimed conductor and takes up the baton on this release with the world famous Royal Philharmonic Orchestra.  This release also features Tom Hollander performing extracts from the Dylan Thomas poems “Fern Hill” and “Do Not Go Gentle Into That Good Night”.

“Debbie found a rather special voice. Her score is lyrical. It is perfectly engaging emotionally and it echoes the character of Dylan Thomas and his poetry beautifully” – Aisling Walsh – Director – A Poet In New York

5. Now As I Was Young And Easy – Tom Hollander

9. To Begin At The Beginning

13. Time Let Me Hail And Climb