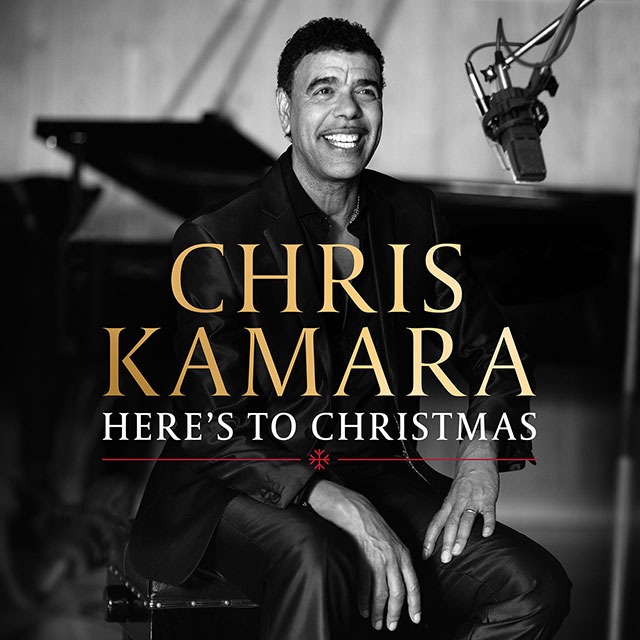 LABEL: SO WHAT? RECORDINGS / SILVA SCREEN RECORDS
Purchase the album now
Official Store
Amazon Exclusive
iTunes / Apple
Spotify
Chris ‘Kammy’ Kamara has announced his debut album, ‘Here’s to Christmas’, which is out now on So What? / Silva Screen Records.
The presenter, known to many as being the voice of Saturday afternoon, lends his expressive croon to the sounds of brass, strings and swing on Christmas standards including ‘Winter Wonderland’, ‘It’s Beginning to Look a Lot Like Christmas’, and ‘Santa Baby’.
‘Unbelievable Jeff’? Maybe not! A love of big band music has always been in Kammy’s blood, and he was well-known amongst his teammates from his days as a football player as having a remarkably soulful voice.
On his love of music and his debut album, Kammy said:
“I know it might be surprising to some, but anyone who knows me – especially those who shared a changing room with me in my playing days who first told me I could sing – will tell you what a big fan I am of big band music.
Never in my wildest dreams did I think I’d get to record a full album, though!
‘Here’s to Christmas’ is something I’m really proud of and I think it stands up as something fun, but something that doesn’t sound half bad too – an album to get everyone into the swing of Christmas!”
Tracklist
1. Let It Snow!
2. Here’s To Christmas
3. Winter Wonderland
4. Rudolph The Red Nosed Reindeer
5. Santa Claus Is Coming To Town
6. Jingle Bells
7. Frosty The Snowman
8. Santa Baby
9. It’s Beginning To Look A Lot Like Christmas
10. Have Yourself A Merry Little Christmas
Email:
info@silvascreen.co.uk