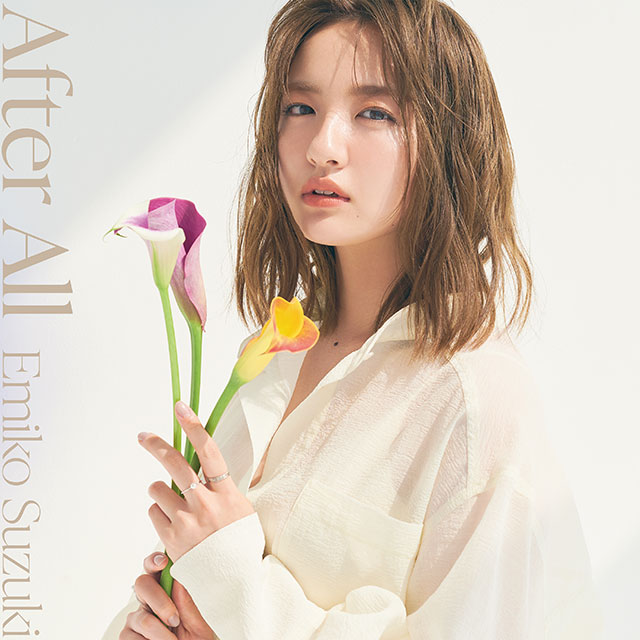 LABEL: SO RECORDINGS / SILVA SCREEN RECORDS
Amazon
Apple Music
Spotify
Heralded Japanese star EMIKO SUZUKI releases her debut UK EP ‘After All’ on 4th November via SO Recordings.
Only 21, Emiko has been snapped up by one of Japans biggest music, animation and digital corporations, Avex Entertainment for her debut EP, becoming label mates with artists including BLACKPINK, EXO and Big Bang. ‘After All’ is the start of Emiko stretching her musical wings to release music in her own unique style.
‘After All’ opens with the swooping, impactful namesake ballad, showcasing her world class range and powerful ability to evoke emotion. Emiko immediately makes her mark with ‘After All’, progressing seamlessly into the jazzy, soulful sounds of You Gotta Be, the alternative rock soundscape of ‘Back Home’, penultimate track ‘Hail! Mr Happy Days’, sees Emiko combine upbeat trumpets of big band to her gospel roots, a fusion of pop and Queen-esque guitars. The final track of the EP is a specially recorded English version of ‘After All’. The diversity of her influences entwine and flow flawlessly together, with lyrics throughout channeling the message of power, hope and strength for an uplifting debut.
The success of ‘After All’ can already be seen in Japan, with the track picked to soundtrack the Fuji TV music show ‘Love Music’ in October. The TV show features musical stars every Sunday for an evening of performances and chat and saw superstar juggernauts BTS perform on the show in July.

Growing up in a musical family, Emiko’s talent was discovered early; naturally composing and writing her own songs by the age of 7. Whilst still in high school, she won a Japanese gospel contest that propelled her to stardom. She subsequently recorded the theme song for FINAL FANTASY XV: COMRADES plus the lead track for ‘After The Rain’, for a blockbuster Japanese film. Musical theatre was the natural next step for the multi-talented Emiko to conquer, and at the start of 2020 saw her debut in Japan’s first production of Andrew Lloyd Webber’s ‘Whistle Down the Wind’ at the iconic Nissay Theatre in Tokyo. After the show was halted due to the COVID-19 pandemic, Emiko turned her creative outlet to online and launched her YouTube channel, which has amassed over 44,000 subscribers in a few short weeks.
Follow Emiko Suzuki

Emiko Suzuki – After All EP