Enter Shikari reach number 2 on the UK Official Album Charts, resulting in the band’s highest ever chart position plus hitting 10,000,000 global streams across the first week of release. A real achievement for both the band and Silva Screen Music Group’s artist-based label So Recordings.
‘Nothing Is True & Everything Is Possible’ was released via So Recordings on 17th March 2020. This is an album brimming with thought-provoking intellectual concepts as well as being a musical exploration for Enter Shikari, both themes that they have consistently pursued over their career to date. Singles ‘{ The Dreamer’s Hotel }‘, ‘thē kĭñg‘, ‘T.I.N.A‘ and ‘THE GREAT UNKNOWN‘ have all been well-received in the music press, radio and have had a great response from fans.
“…the sound of grand ambition being realised”
4 stars – Q Magazine
“…a collision of ideas and experimentation more ambitious than anything the band have attempted on one record before… That they’re able to juggle all of this while making something that captures the uncertain mood and feelings of a generation only serves to show off their genius further.”
4/5 – Kerrang! 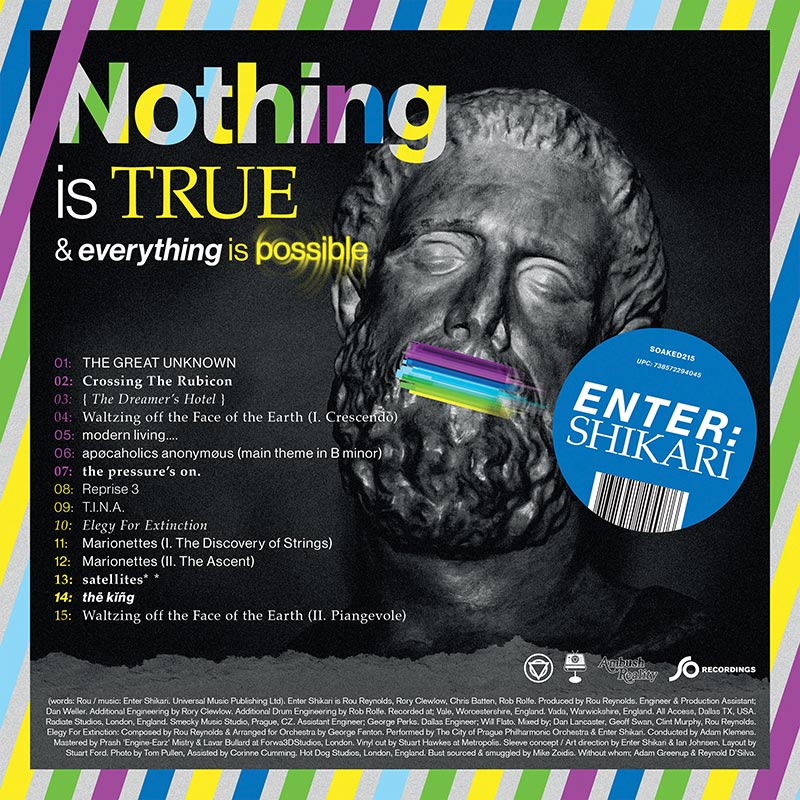