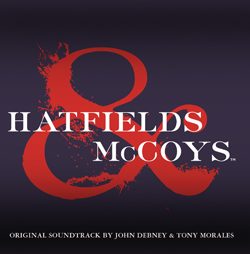 Silva Screen will release the John Debney and Tony Morales score to this US mini-series which broke viewing records when shown on the History Channel in May this year. The true story of a legendary family feud that spanned decades stars Kevin Costner and Bill Paxton and will air on Channel 5 in October. With a  folk flavoured Americana sound  it utilises instruments from the period.  John Debney says, “Tony and I sought to create a score that is modern yet grounded in rich melodies”.