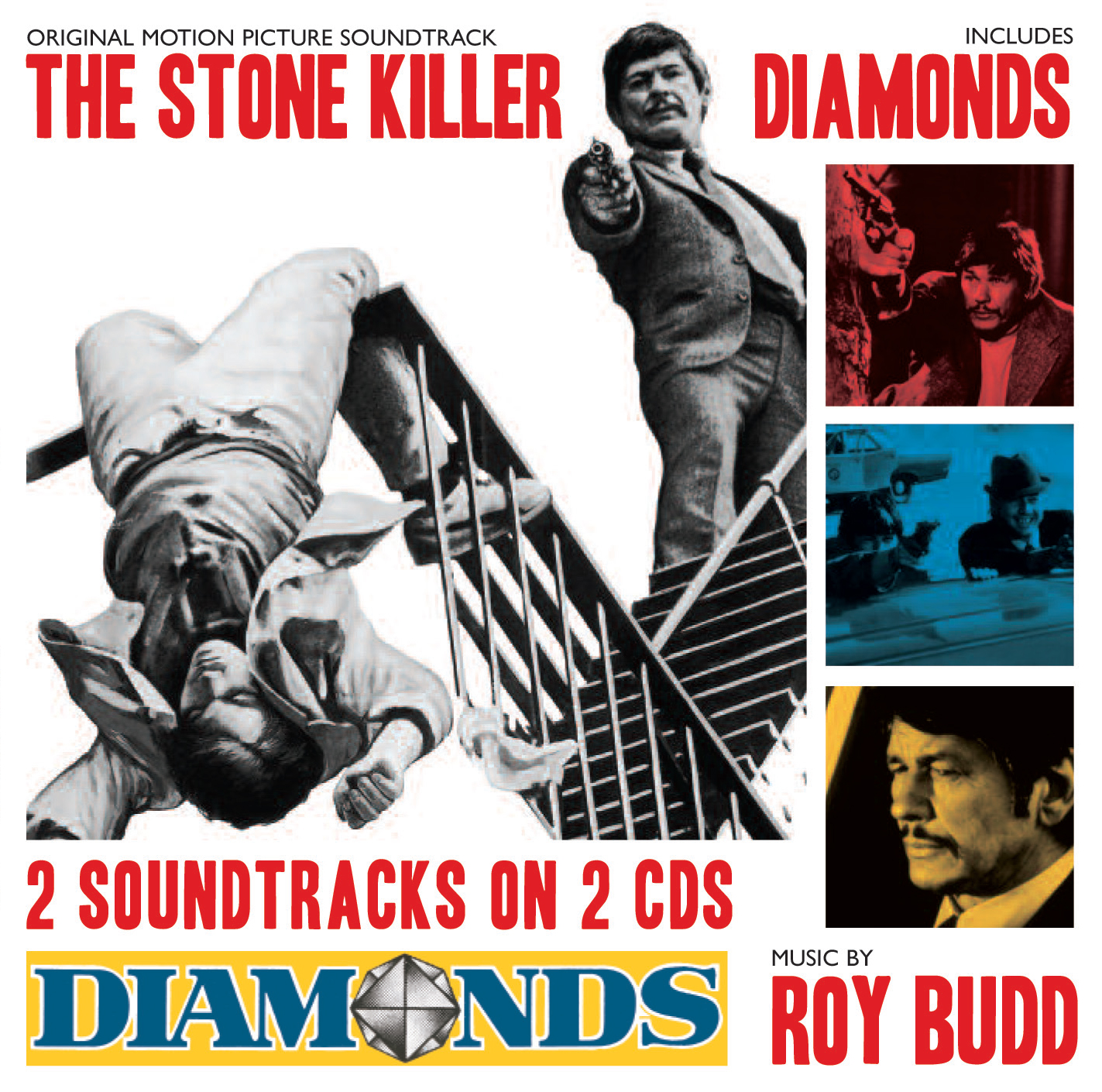 All that remains today of the self-taught pianist, jazz musician and legendary film score composer Roy Budd, are the multi-faceted compositions that he so emphatically created. Aesthetically pleasing to the ears and perfect accompaniments to the enthralling films from which they had been composed for. This autumn, two of Roy Budd’s funkiest jazz scores from the golden era of seventies film making become available on one CD through Silva Screen Records.

Diamonds, a crime caper set in London, Jerusalem and Tel Aviv allowed Budd free range to mix Blaxpoitation themes, Jewish folk tradition and his own beloved jazz roots, all mightily topped off by the biggest girl group of the era, Three Degrees, performing the theme.   This same theme has since been sampled in both the Wu-Tang Clan’s “Conditioner”, featuring Snoop Dogg and in the Wu-Tang Clan’s collaboration with Nas in “Let My N****s Live”.

The Stone Killer’s 1973 soundtrack underlines Budd’s incredible ability to integrate jazz and orchestral arrangements to deliver a score that is a perfect fit for the story of Charles Bronson on a trail of revenge.  Again, this soundtrack led to a sampling frenzy, the main theme appearing in, amongst others, LTJ Bukem’s “Watercolours”, “Wormwood” by Metal Finger  and King Geedorah Feat Trunk’s hit “Lockjaw”.