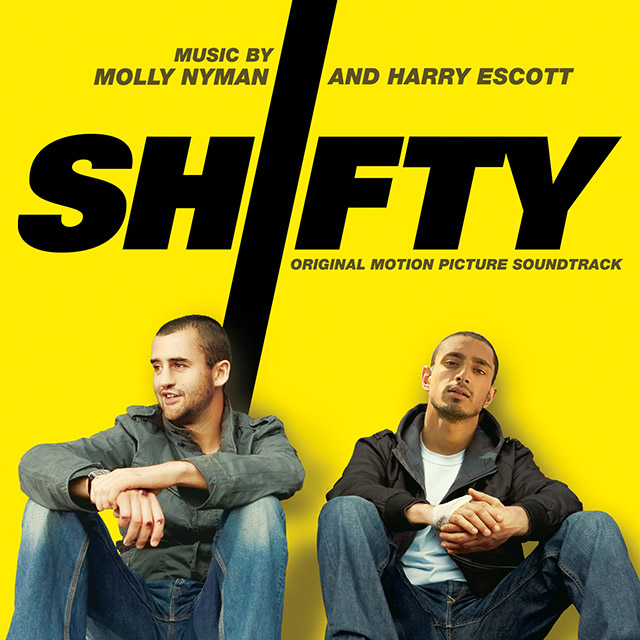 Alt-folk and classically influenced contemporary score to Eran Creevy’s feature debut starring Daniel Mays, Riz Ahmed and Jason Flemyng.
The film is based on his teenage experiences and is the tale of two friends reunited for twenty-four hours, one with a responsible lifestyle, the other a drug dealer.
Composers Molly Nyman and Harry Escott perfectly capture the mood of the film with an electronically processed chamber score.
Molly and Harry began working as a team in 2001. They composed the score for Michael Winterbottom’s film, A Mighty Heart (2007), award winning film Road To Guantanamo (2006), Nick Broomfield’s feature film Ghosts (2006) and a controversial American thriller Hard Candy (2005). They have also written numerous TV scores including New Europe with Michael Palin (BBC), Great Britons (BBC), Monarchy (Channel 4) and The Victoria Cross Heroes (Five).
Harry Escott is a composer and arranger and his work spans a wide variety of music for film, TV, theatre and the concert platform, including commissions for Westminster Cathedral Choir, The Fitzwilliam String Quartet and The Chamber Ensemble of London.
Molly Nyman worked as a composer on a wide range of live and pre-recorded events such as a series of shorts for Channel 4 and a highly acclaimed set of pieces for Brit Art events in galleries throughout London. She worked as an arranger on various rock albums, most notably Ladies and Gentlemen by Spiritualized.
The score for Shifty was nominated at The British Independent Film Awards in the Best Technical Achievement category.