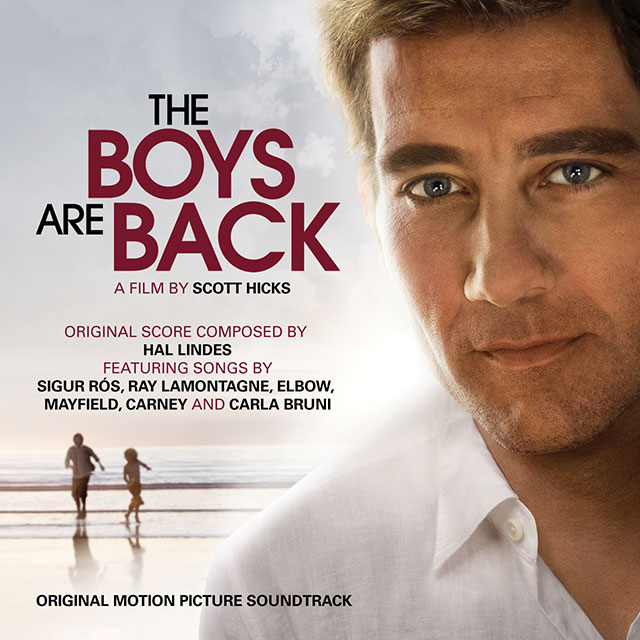 As composer Hal Lindes observes: “On first listening, ‘The Boys Are Back’ score appears deceptively simple. Understated and restrained notes carefully plucked from an intimately recorded acoustic guitar.  It’s only when viewed in context of the film’s rich emotion layers that the true complexity of the score comes to light.”
The choice of music came about in a seemingly effortless way. While driving through South Australia, looking for locations for the film, director Scott Hicks found himself listening to subdued acoustic guitar-based music. Keen to avoid the trap of sentimentality, the directors’ decision not to have a conventional movie score has pointed him in the direction of guitar virtuoso Hal Lindes, formerly of Dire Straits.
Hal Lindes brings emotional restraint to the fragile and multi-faceted guitar score: “The challenge was not so much about what the yet to be created musical score would need to say, but more about what the music would not say, thus allowing the film to speak for itself.”
Best described as understated and restrained, the score perfectly fits Clive Owen’s heartfelt performance as a father who must cope with profound loss and put his family back together. Already tipped for an Oscar, Owen’s performance brings forward the sensitive, expertly crafted exploration of the bond between a father and his sons. Undeniably, The Boys are Back is a funny, touching, vital movie, Scott Hicks’ best work since his 1996 Oscar-nominated film Shine.