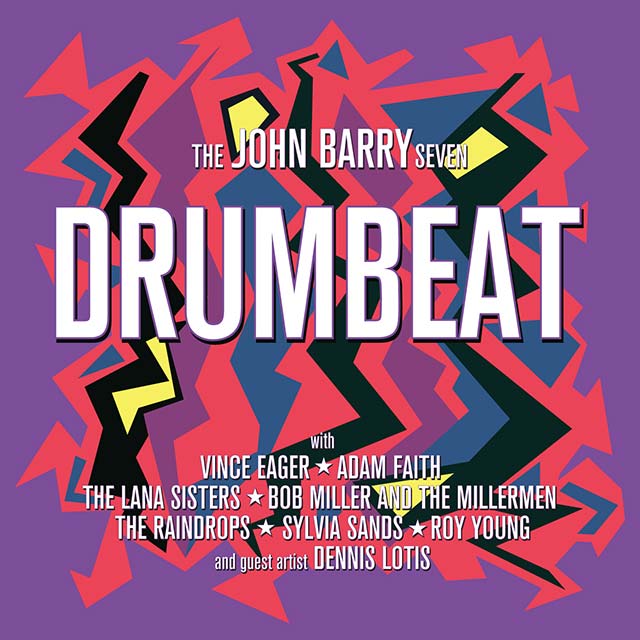 Music from the 1959 BBC pop series that launched a host of stars including Adam Faith, Dusty Springfield, Jackie (White Horses) Lee, Vince Hill, songwriter Les(It’s Not Unusual) Reed and British film composer John Barry, best known for scoring 11 James Bond films.
In April 1959 Drumbeat hit the air with Bandleader John Barry as musical director. The programme’s format was experimental for the time and the series only ran until the beginning of September.
“I have been involved with many TV series but never one that was as innovative, exciting and had such a team spirit”. – Vic Flick
This extensive collection highlights some of John Barry’s earliest work as a performer and composer and includes tracks issued for the very first time on CD.
The album features John Barry’s first recording with Adam Faith, Ah Poor Little Baby!, plus his secret musical identity as the John Prendy Orchestra backing The Three Barry Sisters.
The CD is accompanied by a 20 page booklet focusing on the history of this seminal programme, penned by Geoff Leonard & Pete Walker, pre-eminent experts on Barry’s career and authors of John Barry – The Man With The Midas Touch.