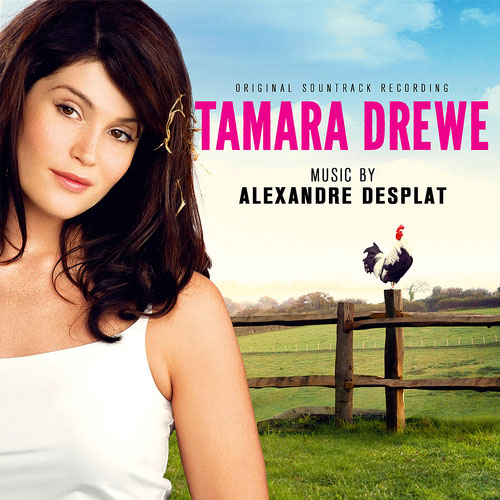 Alexandre Desplat’s spirited score to Stephen Frears’ humorous and romantic film based on Posy Simmonds’ well-loved graphic novel.
In Tamara Drewe, Desplat’s animated contemporary orchestral score is driven by tuned percussion leitmotifs. It leads the story and underwrites the pauses between the action, enabling the film’s narrative to skip from darker to lighter moments. There’s an energy driven by both the dramaturgy, the choral structure of the characters, and the dark humour of the film.
Desplat comments “I let the audience appreciate the moments of emotion… Leave space for the acting moments and the strong emotional moments to be by themselves, without pushing with the music”.
Inspired by Thomas Hardy’s Far From the Madding Crowd, Tamara Drewe started life as a cartoon series in the Review section of the Guardian in 2005, gently satirising the English middle classes.
Starring British stars Gemma Arterton, Dominic Cooper, Tamsin Greig and Luke Evans, the film is scheduled to open in UK cinemas on 10th September.
Alexandre Desplat is one of the foremost film composers working today. After composing the music for over 50 European films. Desplat made his mark in Hollywood with Girl With A Pearl Earring and success followed with three Academy Award nominations, The Queen, The Curious Case Of Benjamin Button and Fantastic Mr. Fox. His recent projects have included The Prophet and The Twilight Saga: New Moon and the forthcoming Harry Potter And The Deathly Hallows (Part 1).