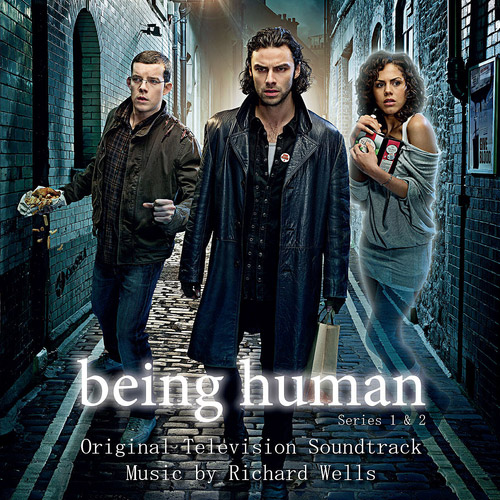 This supernatural comedy-drama has been a major hit for BBC3. Set in Bristol it’s the story of three 20-somethings trying to find their way in the world with the twist that they are a werewolf, vampire and a ghost.
Richard Wells is an accomplished film and TV composer having written the scores for Ong Bak, Doghouse and Mutant Chronicles, the latter released by Silva Screen in 2009.
His music for Being Human was nominated for the BAFTA Original Television Music award in 2010. This release features music from series one and two.
“Richard doesn’t just compose a good soundtrack. These are haunting and beautiful pieces of music in their own right” – Toby Whithouse, writer & creator of Being Human
1. Being Human
2. Ancestors
3. Annie’s Theme
4. A Wonderful Thing
5. Box Tunnel Massacre
6. Gilbert’s Door
7. Resurrection
8. Spread A Little Joy
9. Best Night Ever
10. It’s Coming
11. Leaving
12. Molly
13. Beautiful Chaos
14. Blood Addicts
15. Someone Else
16. Catacombs
17. Lucky
18. A Second Chance
19. Vampire Annihilation
20. Who’s Laughing Now?
21. Holding On
22. Annie’s Door
23. Nina And George
24. Full Moon
Email:
info@silvascreen.co.uk