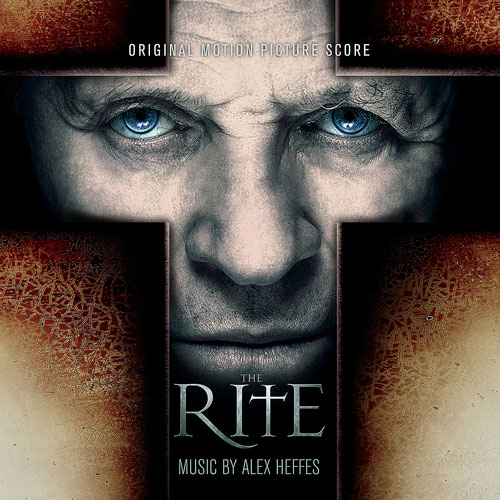 From Alex Heffes, the composer of The Last King Of Scotland, Touching The Void and State Of Play comes an uneasy and exquisite soundtrack to Mikael Håfström’s supernatural thriller starring Anthony Hopkins.
Alex Heffes is one of the UK’s leading film composers. Nominated by BAFTA, Ivor Novello, European Film Academy and ASCAP awards, Alex worked with steel bands, symphony orchestras and artists ranging from Elton John to members of Blur.
Alex Heffes is a versatile composer not confined by musical boundaries. His work is described by Film Music as “simply sublime” while CD Times depicts his musical style as “fusing old-school grandiose film-scoring with the delicate subtlety of more leftfield composers.”
Mikael Håfström director of The Rite comments: “There is much more here than just supporting moments of horror or suspense, so I hope this album shows the range of music Alex composed for The Rite: from the unsettling to the beautiful, and never too far apart. I think that is essential to Alex’s work”
1. The Procedure
2. Going to Rome
3. The Accident
4. The First Exorcism
5. God’s Fingernail
6. Rosaria Coughs up the Nails
7. Michael Remembers/The Hospital
8. Angeline’s Story
9. Phone call to Father
10. The Terror is Real
11. Exorcism of Lucas
12. The Final Exorcism
13. The Farewell
Email:
info@silvascreen.co.uk