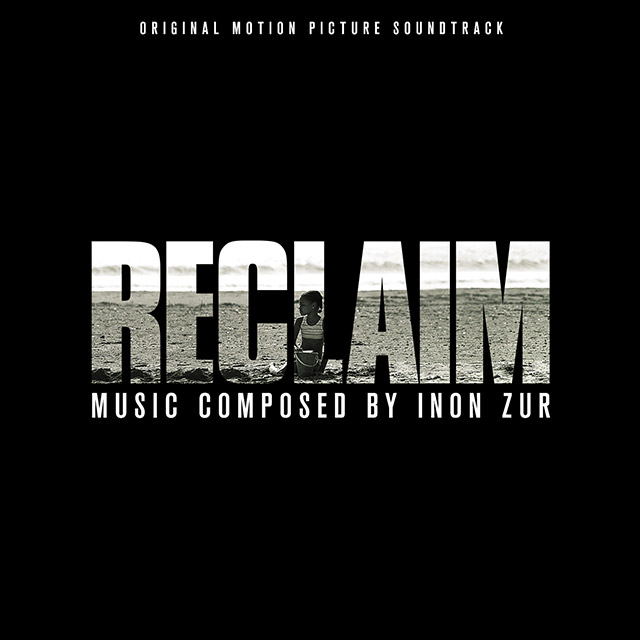 Download the digital booklet
Hollywood Music Award winning and BAFTA nominated composer Inon Zur crafts an emotional acoustic score for RECLAIM, a suspense-thriller inspired by real-life events, starring John Cusack, Ryan Phillippe and Rachelle Lefevre
The story follows Steven (Phillippe) and Shannon (LeFevre), an American couple, who travel to Puerto Rico to finalize the adoption of their seven-year-old daughter, Nina. However, when Steven clashes with an intimidating local (Cusack), things go from strange to absolutely terrifying when Nina disappears from her bed one night. Despite frantic efforts to recover their daughter, the young couple hit roadblock after roadblock and become increasingly desperate, finding themselves further entwined in a perplexing web of lies and confusion.

Inon Zur’s original score features an emotionally powerful combination of rich, sweeping strings, performed by the Macedonia Radio Symphonic Orchestra, delicate piano and acoustic guitar matched with dramatic orchestral writing and percussion for the action chase sequences. In addition to employing the lush sounds of the symphony orchestra, piano and traditional acoustic guitar palette, Zur experimented with different techniques on a bowed guitar to produce unusual string sounds and effects to evoke unease and tension during the edgier scenes of the film. Describing his approach to scoring the film, Zur said, “First and foremost I related to the story as a parent. Your instinct is to protect your child whatever the circumstances, so I wanted the music to reflect the couple’s desperate struggle to get Nina back, no matter the danger or cost.”
Inon is also a great creative thinker and collaborator. The song for the movie “Fighting the World”, was originally written and performed by 11 year-old Maddie White. The song is inspired by children struggling to make sense of the world and is an anthem for all the disenfranchised kids, encouraging them to stand up for what they believe in.
Inon saw Maddie’s video and instantly knew this was a great song – the perfect song – for the movie RECLAIM he was working on! Bringing on board Singer/guitarist Mike Harris and producer/keyboards Alex Ruger, the team recorded the song at Inon Zur’s Encino studio with Maddie singing backing vocals.