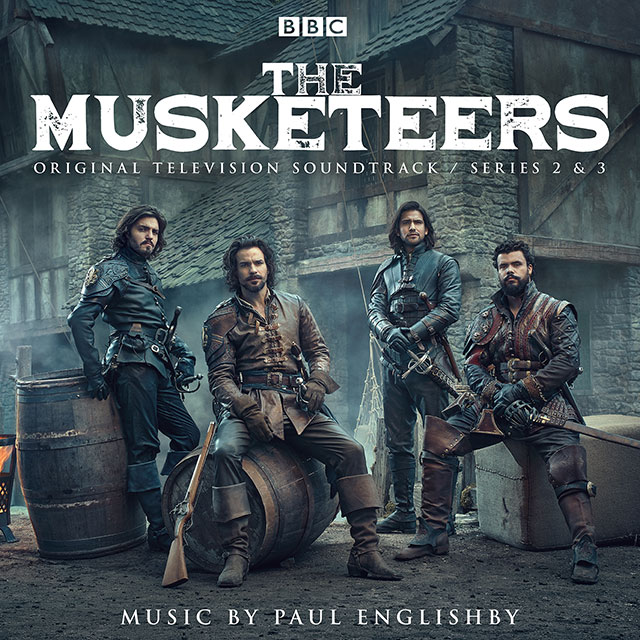 Download the digital booklet
Label Store
Alexandre Dumas’ swashbuckling classic remains as relevant to today’s audiences 172 years later as much as it did when first published in 1844. The BBC Drama production which first hit our screens in 2014 brought a fresh and contemporary take on the novel and its characters and immediately struck a chord with viewers. Inspired by the novel, events of the period and contemporary issues given an historical spin the drama has now reached a third series in a prime BBC1 Saturday night viewing slot. Composer Paul Englishby studied composition at both Goldsmiths’ College and The Royal Academy of Music. He is an award-winning composer working across a wide variety of television, film and theatre. Throughout his career he has shown a great versatility having composed the thrillingly tense music of Luther, for which he was BAFTA nominated, and he arranged the big band jazz sounds of Stephen Poliakoff’s Dancing on the Edge. He has worked on a number dramas for the BBC including Inside Men, Good Cop and Page Eight. This 2CD album contains music from Series 2 and 3 by Paul Englishby only. It does not include the Musketeers Title Theme Music or any music from Series 1.
CD1 – Series 2
1. The Musketeers
2. The Ravine
3. Rochefort And The Musketeers
4. D’Artagnan’s Rescue Mission
5. Milady And The Jewels
6. Escape Foiled
7. The Christening
8. Hail Mary
9. Constance And D’Artagnan
10. The Innocents
11. Samara
12. In The Stars
13. Aramis And The Queen
14. They Are Here Somewhere
15. The Aftermath
16. Training The Village
17. Athos Remembers Milady
18. Enjoy Your Evening
19. He Died For His Country
20. Series Two Finale
CD2 – Series 3
1. Refugees
2. Sylvie Hides The Evidence
3. Feron
4. Bonnaire
5. Sylvie And Athos
6. Feron’s Entertainment
7. Grimaud’s Wrath
8. King Louis
9. The Prisoners Escape
10. Madman
11. Humiliation Of The Red Guard
12. The Village
13. Porthos Meets Elodie
14. Death Of A Great Man
15. Hiding The King
16. Conclusions
17. The Garrison
18. Requiem
19. We Refuse to Die
20. Series Three Finale
Email:
info@silvascreen.co.uk