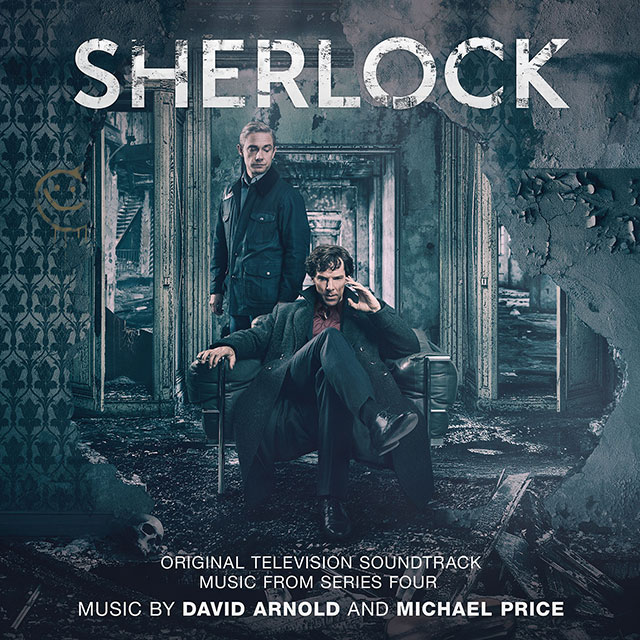 Download the digital booklet
Label Store
Seven years from its debut Sherlock is a worldwide phenomenon licensed to over 225 territories and equally popular with cinema showings alongside TV transmissions. In the UK Season 3 was the most watched TV drama series since 2001 attracting 11.8m viewers. Great mystery stories, the cream of British acting talent, stunning production values and of course the vital musical score from David Arnold (Independence Day, The World Is Not Enough) and Michael Price (Jekyll & Hyde, Unforgotten). The Emmy Award winning composers return with more fresh takes on the characters and situations. Sherlock is a series that doesn’t wallow in its success as David Arnold explains, “I think we both want to move it on every time. If the show stands still then the music does too and it all grinds to a halt…so we are always trying to find something new to do with it”. “If David Arnold and Michael Price did not exist, it would be necessary for man to invent them. Their contribution to Sherlock is immeasurable. Thrilling, cheeky, sinister, playful and simply world-class…the music’s not bad either.” Mark Gatiss (Sherlock and League Of Gentlemen creator)
CD1
The Six Thatchers
1. The Stranger
2. 59 Missed Calls
3. Murder This Time
4. AGRA
5. Absolute Trust
6. Running Away
7. Cheating
8. Sharks
9. Never A Field Agent
10. Gunshot
11. Get Your Attention
The Lying Detective
12. Stopped Lying Down
13. Too Heavy
14. Window Deduction
15. Anyone
16. Favourite Room
17. You Look Different
18. No Charges
19. Who I Want To Be
20. In The Tower
CD2
The Final Problem
1. She Was Different
2. Doing A Good Thing
3. 3 Suspects
4. Pick Up
5. Brother Mine
6. Bones
7. The Hall
8. I Had No One
9. Open Your Eyes
10. Always the Grown Up
11. Who You Really Are
Email:
info@silvascreen.co.uk