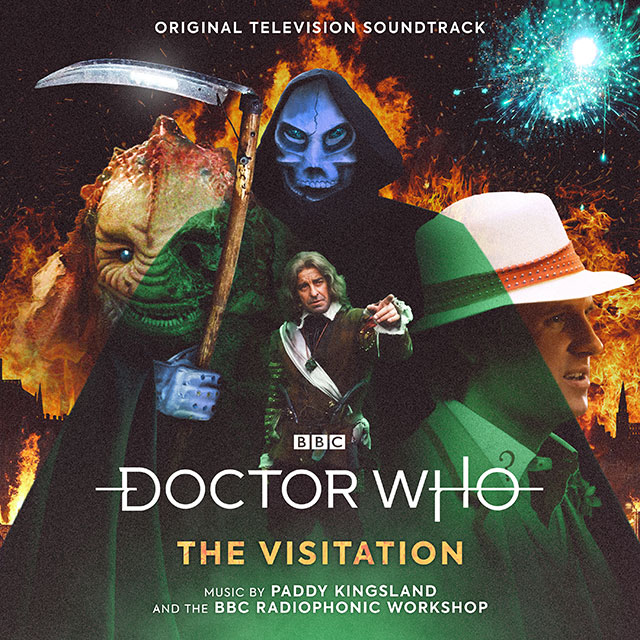 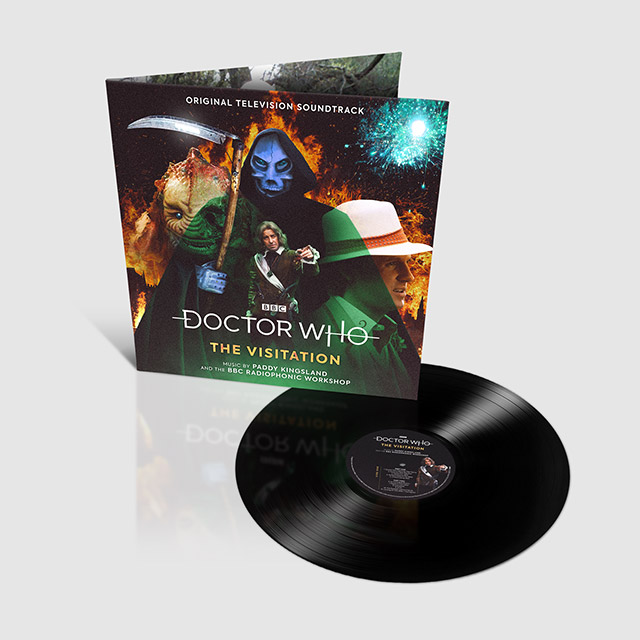 Download the digital booklet
Label Store
Amazon
Apple Music
Spotify
“The Visitation was the fourth adventure in the nineteenth season of Doctor Who, and in late 1981 I went over to Shepherds Bush for a meeting with the director Peter Moffatt to view the edited tape of episode one. My Radiophonic Workshop colleague Dick Mills, who was providing electronic sound effects, was also present. We would decide whether each sequence would be better served by an emphasis on effects or music. It is easy to reach a state of affairs where the music and effects fight each other; by simplifying one or other at the outset saves later difficulties.
The score is quite sombre although there are elements of ‘yea verily’ type music to set some scenes, which have a lighter texture. I played all the parts, using the synthesisers of the day, Oberheim, Roland and ARP, adding bass guitar plus drums and cymbals… not to mention my trusty Fender Mustang guitar.
It is curious listening to the music nearly 40 years later; it brings back so many memories of my times at the BBC and I feel privileged to have been allowed to contribute something to a programme that has been enjoyed by so many people down the years.”
– Paddy Kingsland