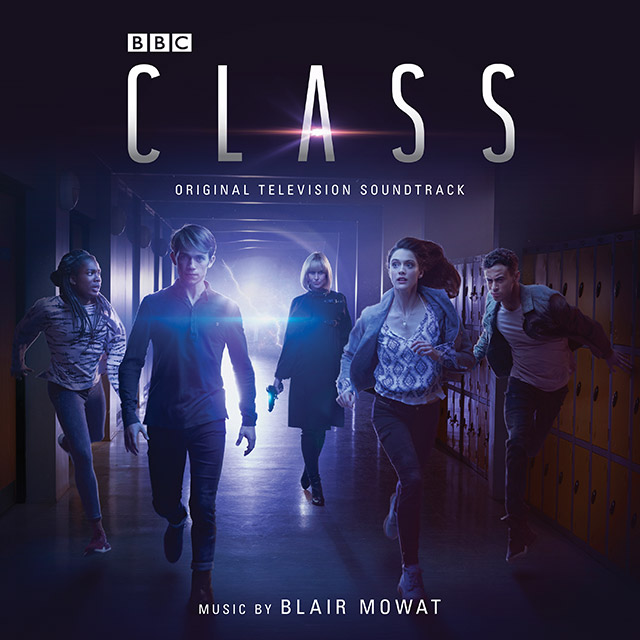 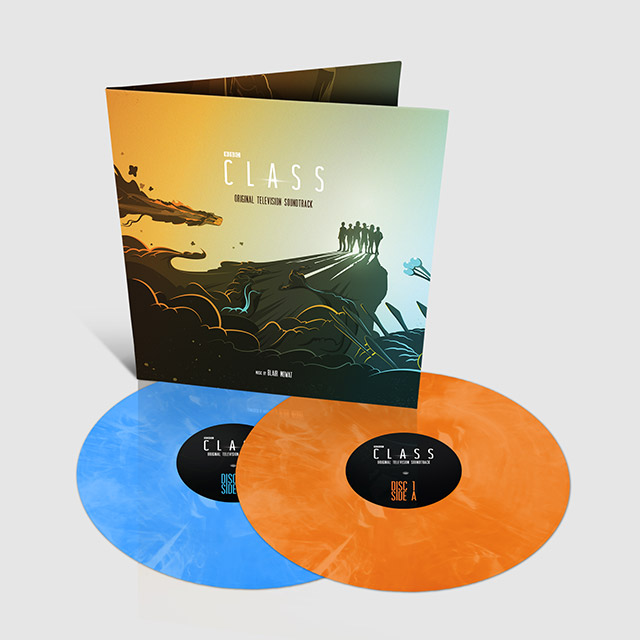 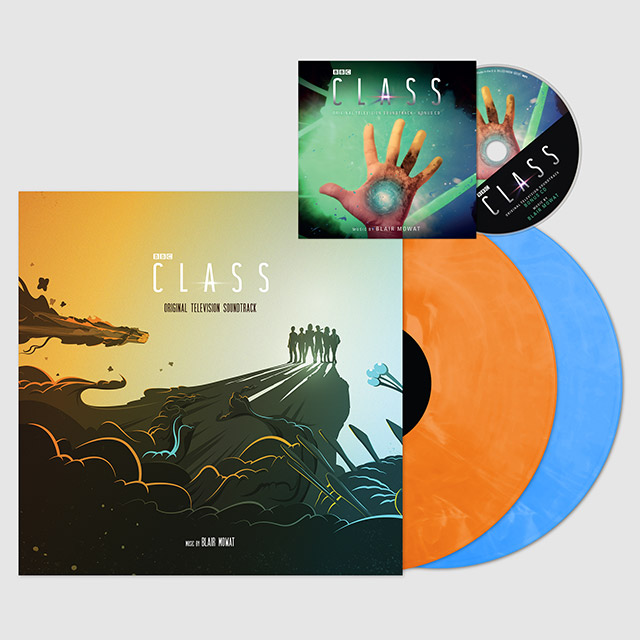 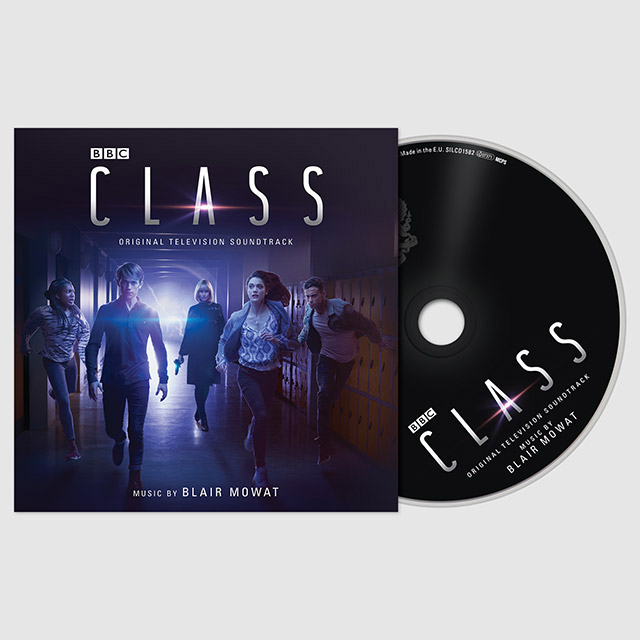 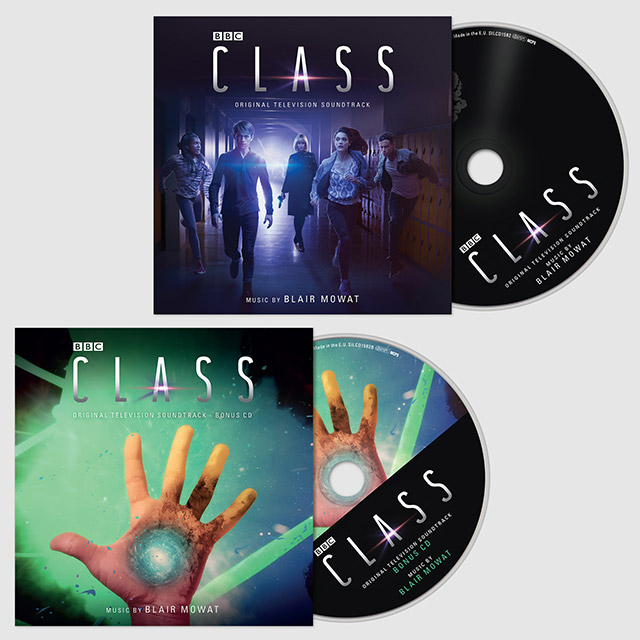 Download the digital booklet
Label Store
Class – Available to stream/download, on CD and on limited edition double LP on marbled orange and blue coloured vinyl, with sleeve illustration by Jonny Eveson.
Both CD and VINYL formats are also available to purchase in limited bundle offers with a bonus CD with 46 tracks of additional content.

Class – A Doctor Who spin-off series

The drama series Class, spinning out of the world of Doctor Who and written by acclaimed author Patrick Ness made its debut on BBC3 in 2016. The eight part series centred around Coal Hill School in Shoreditch, which has been a part of the Doctor Who Universe since the very beginning.
Blair Mowat has composed well over a hundred scores for film, theatre and television, with clients ranging from the English National Ballet and The Royal Shakespeare Company to the likes of the BBC and Channel 4. He is a BAFTA nominated, 4Talent short-listed, award-winning composer.
“I loved making Class. Loved it. I’m so proud of the episodes we made and of the Class love I still get regularly from fans wanting more. One thing they always ask about is Blair’s music. Propulsive, atmospheric, super-exciting, sometimes seeded with Doctor Who Easter Eggs if you’re listening close enough, the clever boy. Music was very important to me on the show (I hand-picked the theme song and will argue with you about it), and Blair was a perfect fit. We even wrote a song together! Which, given my singing non-abilities, is hilarious. I’m thrilled that his music is finally available.” – Patrick Ness