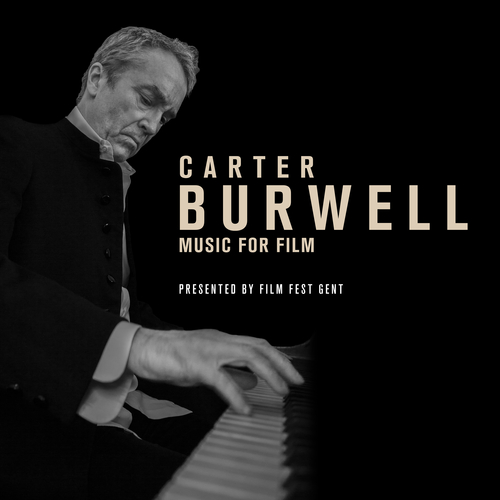 Download the digital booklet
Label Store
The culmination point of Film Fest Gent’s film music programme is the annual World Soundtrack Awards Gala where several awards are distributed to celebrate outstanding achievements in scoring music for motion pictures. Each year a major film composer is invited to present his work during this prestigious event. Furthermore Film Fest Gent and partner Brussels Philharmonic record an album with their music. This year (2018) we are honoured to welcome Academy Award-nominated composer Carter Burwell, considered one of the most brilliant film composers of his generation. Burwell is known for his compelling scores including ‘Being John Malkovich’, ‘In Bruges’, ‘Where The Wild Things Are’, ‘Twilight’ and his unique collaborations with some of the world’s most respected filmmakers such as the Coen Brothers (‘Fargo’, ‘No Country for Old Men’) and Todd Haynes (‘Carol’, ‘Wonderstruck’, ‘Mildred Pierce’).

A note from Carter Burwell

“In reflecting on the honour that the Ghent Film Festival has paid me this year, I’ve looked back at the random path that’s brought me here. It had never been my intention to be a composer of film scores – or a composer at all. But after Joel and Ethan Coen bestowed that title on me with the film ‘Blood Simple’, and then asked me to write an orchestral score for ‘Miller’s Crossing’ (knowing perfectly well I had no experience doing that), I began to believe that I was in some sense a composer and have tried to be worthy of that title.
A film composer is two things: a composer and a filmmaker. It’s not easy to separate these two things, and I generally find it off-putting to take the music, written for particular characters, particular dialogue, particular action, out of its context for performance on its own. In the case of the compositions presented here, I’m endlessly grateful to Dirk Brossé and the Brussels Philharmonic for giving the music its own life.” – Carter Burwell