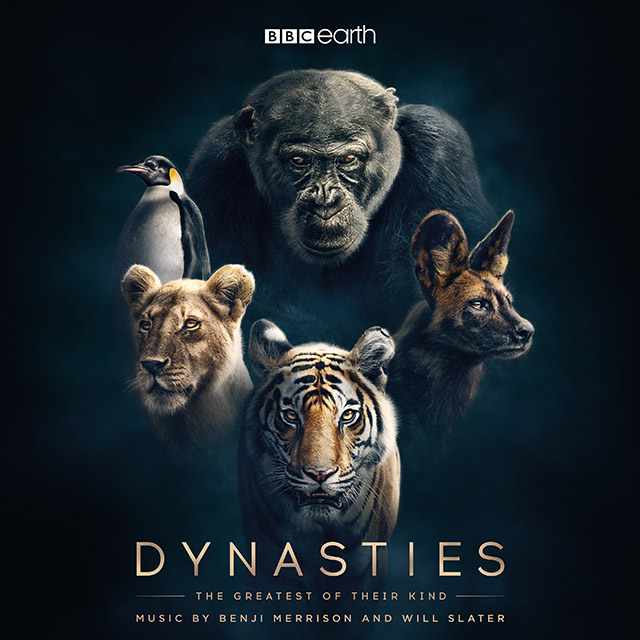 Download the digital booklet
Label Store
Amazon
iTunes / Apple
Spotify
Taking over four years to produce and presented by Sir David Attenborough, Dynasties is the latest project from BBC Studios’ Natural History Unit, the division responsible for Planet Earth and Blue Planet, “Dynasties is a new kind of natural history event. Five episodes, five of the most celebrated and endangered animals on the planet. Never before have we presented a landmark series with such powerful storytelling – about families, leaders and heroes. Never before has a landmark offered the viewer the opportunity to follow the lives of animals in such detail, each fighting against overwhelming odds for their own survival and the future of their families. These are some of the most dramatic and intense stories of their kind ever told”. – Executive Producer Michael Gunton and Series Producer Rupert Barrington.
Benji Merrison is an award winning composer providing bespoke music for film and television. His distinctive musical voice is in high demand and he has scored music for hundreds of projects across film, television, installations and events. He has worked with all major UK broadcasters, along with many other networks and brands worldwide.
Will Slater has been composing for television for close to 20 years and his extensive CV includes Planet Earth Live, Africa, Shark and One Strange Rock.
DISC ONE
01 Dynasties Opening Titles