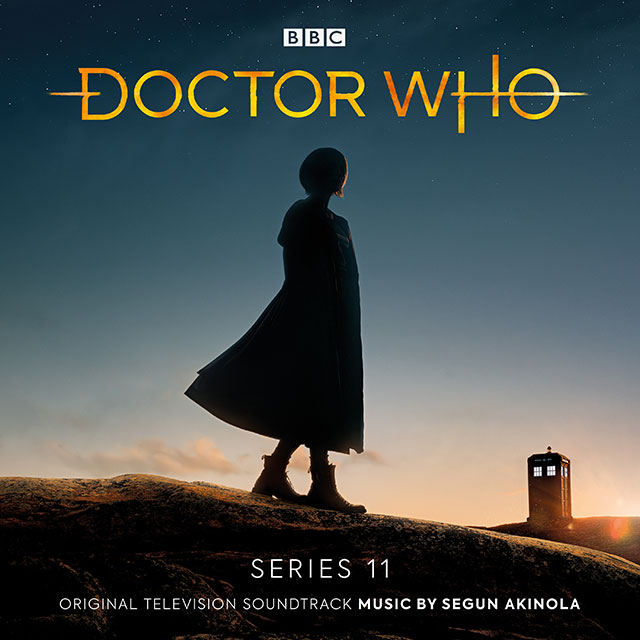 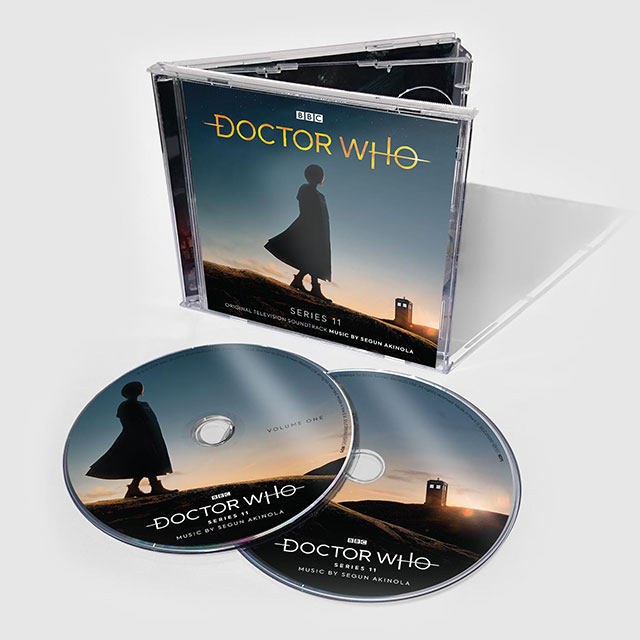 Download the digital booklet
Label Store
Amazon
iTunes / Apple
Spotify
Bigger and bolder than ever, Series 11 marks the arrival of the Thirteenth Doctor, award-winning actress Jodie Whittaker – a super-smart explorer of the universe, alongside a team of new friends and delightful characters. The new series heralds a brand-new era for Doctor Who, full of action and adventure, humour and heart – an unmissable high-end drama everyone will enjoy.
Segun Akinola is a multi-talented composer who has strengthened many projects with his musical acumen and is a BAFTA Breakthrough Brit. Segun’s work includes scoring BBC Two’s landmark four-part series Black and British: A Forgotten History, written and presented by Historian David Olusoga. He also scored Shola Amoo’s debut feature film A Moving Image, which had its world premiere at the 2016 LA Film Festival.
“Where do I even begin?! Working on series 11 has been nothing short of the experience of a lifetime. I have loved every single minute of it. From working closely with the production team, to writing the character themes to recording the New Year Special, it’s truly been so much fun”. Segun Akinola