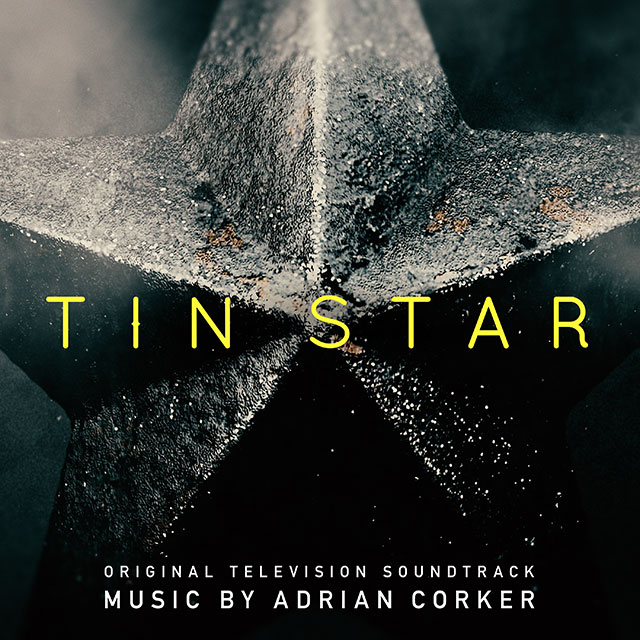 Download the digital booklet
Composer Adrian Corker’s rich, adventurous and unpredictable soundtrack to Sky Atlantic’s contemporary western series set in the Canadian Rockies. Created by Rowan Joffé (28 Days Later, Brighton Rock) and starring Tim Roth, Genevieve O’Reilly and Christina Hendricks.
Tin Star skips from light to dark, from intimate to epic, from emotional to comic and the music provides the counterpoint to the capricious moods and performances. The revenge storyline inspired an atmospheric and twangy, at times uneasy and anxious soundtrack. With glimmers of twisted folk tunes submerging in contorted, string laden, columns of slowly moving harmonies, the soundtrack unfolds as distinctive, original and surprising throughout the 2 seasons of the show. With the amalgamation of rich and eccentric characters, visuals and soundtrack, it is not surprising that Sky Atlantic is currently in the process of commissioning the 3rd series.
Says Adrian Corker “I worked closely with Rowan Joffe and some of the directors on the music and was given free rein so I was able to include musical ideas and language that aren’t always heard in TV music. Many of the players are from the new music world so have a vast array of techniques at their disposal… It is one of the fun things of Tin Star that no one discourages trying new things and being experimental and ambitious and I think that is reflected in what you finally see and hear.”
“Without Adrian’s music, the show would be incomplete.” – Rowan Joffé
Amazon
iTunes / Apple
Spotify