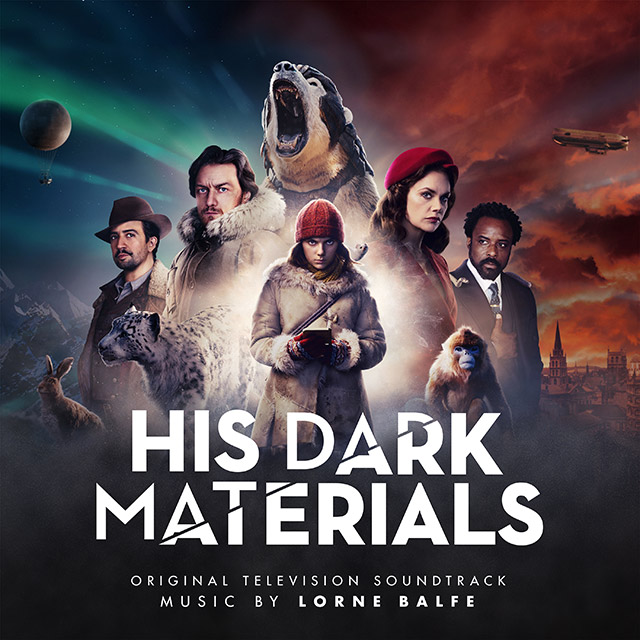 Label Store
Amazon
Apple Music
Spotify
Award-winning composer Lorne Balfe’s dramatic soundtrack to the BBC’s adaptation of Philip Pullman’s fantasy trilogy.
“It’s an epic work that perfectly foreshadows Lyra’s journey, and could easily belong in Assassin’s Creed or Tomb Raider… There’s been a lot of love for Balfe’s music for His Dark Materials.”– Classic FM
“This is fantasy the way it should be done: sumptuous, inspiring both wonder and a sense of adventure, beautifully scored (by Lorne Balfe), with world building that is as impeccable as it is effortless.” – First Post
The main themes from His Dark Materials have already been introduced to the listeners through The Musical Anthology of His Dark Materials, released on Silva Screen Records in November 2019. For this concept album the principal themes were reworked, moulded and explored as each character’s theme is on a separate musical journey throughout the series. The themes are never fixed, there are no rules and they are constantly evolving. His Dark Materials original score provides a musical narrative drive across all 8 episodes. The album presents the music, including main character themes, as they appear through the series.
The score is performed by the BBC National Orchestra of Wales conducted by Matt Dunkley. The leading cast for His Dark Materials includes Dafne Keen as Lyra, Ruth Wilson as Mrs Coulter, Lin Manuel Miranda as Lee Scoresby, James McAvoy as Lord Asriel, Clarke Peters as The Master of Jordan College, James Cosmo as Farder Coram and Anne-Marie Duff as Ma Costa, with Will Keen as Father McPhail and Ariyon Bakare as Lord Boreal.