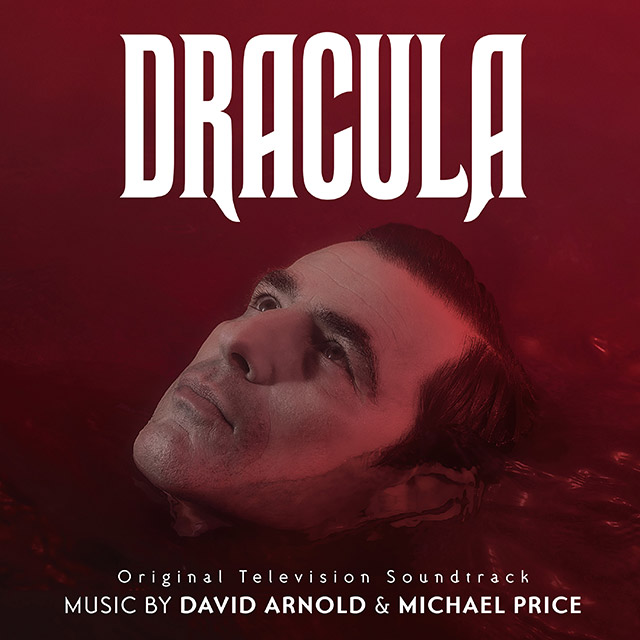 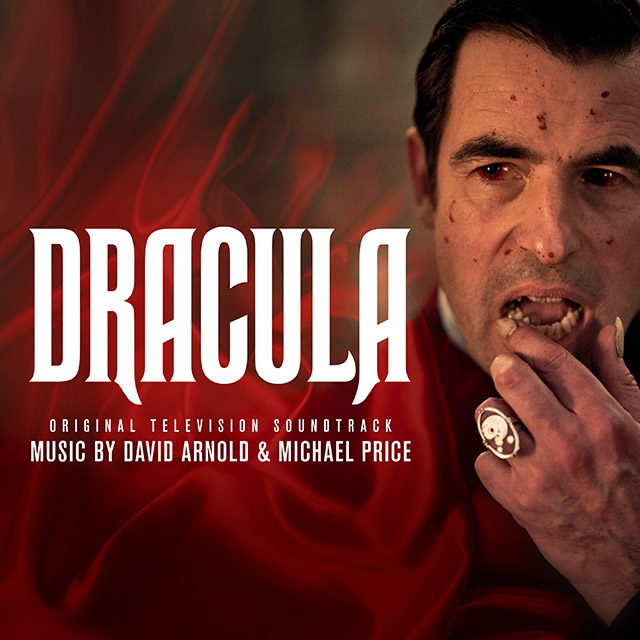 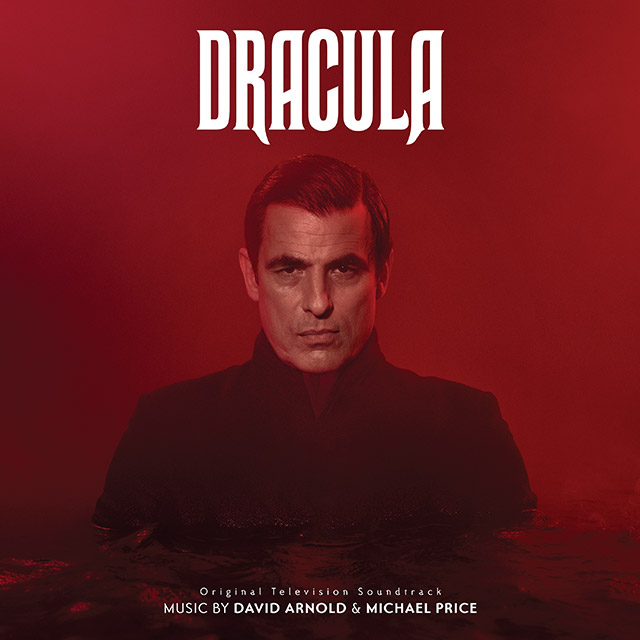 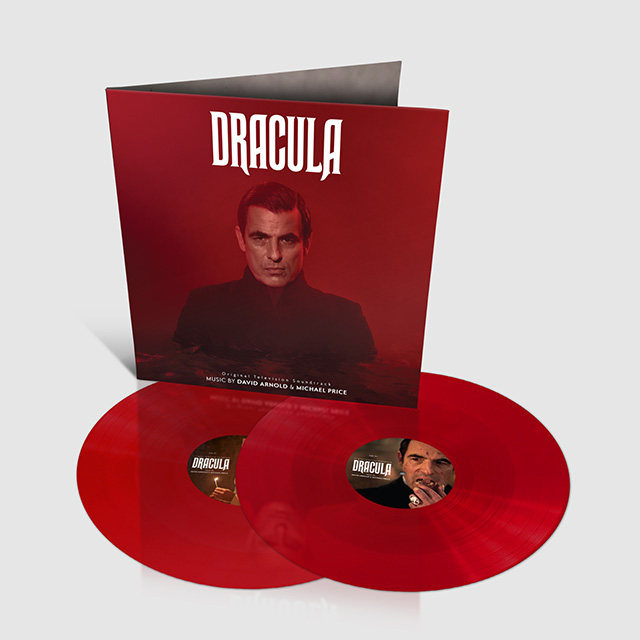 From the team behind BBC’s critically acclaimed Sherlock comes Dracula, the reimagining of the iconic titular vampire for a 21st Century audience. Composers David Arnold and Michael Price reunite with writers and creators Steven Moffat and Mark Gatiss, to breathe musical life into another famous literary character from Victorian times.
For Dracula, Arnold and Price conceived an innovative and petrifying score, in which traditional instruments and musique concrete merge with contemporary use of samples and sound design. Scoring Dracula presented its own challenges and the composers have augmented the sound of the orchestra players by creating a library of sounds used throughout the score.
At the launch of the series at the BFI Southbank, David Arnold said “We created a bunch of quite awful sounds that were musical, one of which was actual real blood in a glass, with the finger run round the top of the rim… We created percussion things with coffins. The best thing was, I got the sound department to send me all their recordings of screaming babies, and I made an organ out of screaming babies.”
Also featured on the score are Cello soloists Tim Gill (London Sinfonietta Principal) and Caroline Dale (Truly, Madly, Deeply, Hilary and Jackie) and Electric Cello from Peter Gregson. The atmospheric music is perfectly complemented by the classical soprano Grace Davidson and jazz singer Sumudu Jayatilaka.
Also available on Silva Screen Records are David Arnold & Michael Price scores to Good Omens, Sherlock Series 1, Sherlock Series 2, Sherlock Series 3, Sherlock Series 4 and Sherlock: The Abominable Bride.