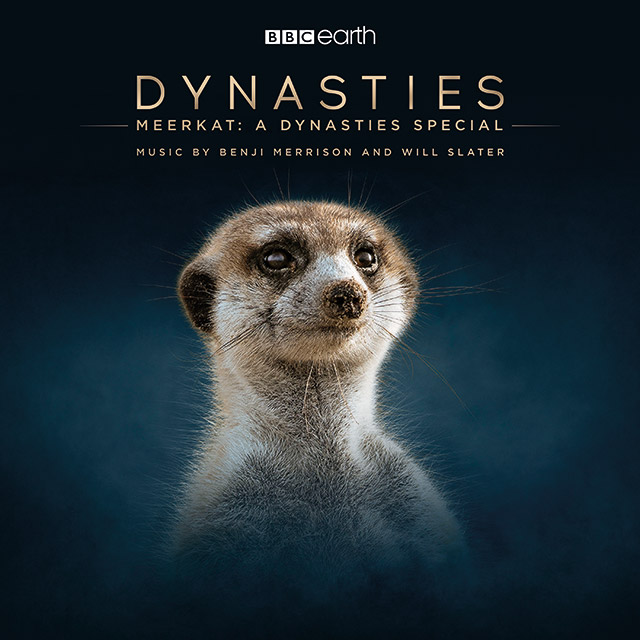 Meerkat: A Dynasties Special was presented as the introductory film of the forthcoming sequel to the 2018 Dynasties series – Dynasties II. Filmed in the Kalahari Desert in Botswana and narrated by Sir David Attenborough, the Christmas special was made by BBC Studios Natural History Unit, co-produced by BBC America and Bilibili. Featuring Benji Merrison’s and Will Slater’s score, the 60-minute programme was aired on 28th December 2020.
The Special follows the young meerkat queen Maghogho and her family battling to survive in hostile environment, during a drought. Joyous and heart-breaking, the programme was filmed in the searing heat of Makgadikgadi, a 6,000-squaremile wedge of the Kalahari Desert in Botswana in southern Africa.
Says Sir David Attenborough “When you see the trials and tribulations – and successes, of course – of Maghogho and her family as they struggle to survive in such conditions, you can’t help but be caught up in their lives and feel a real connection with them. ‘I’m proud to have been involved in the making of this documentary. As ever, the intensity and insight that the Dynasties team bring to their filmmaking make this an extraordinary watch – gripping, and thought-provoking.”

Composers: Benji Merrison and Will Slater

The soundtrack was written by award winning composers Benji Merrison and Will Slater. Benji Merrison’s distinctive musical voice is in high demand and he has scored music for hundreds of projects across film, television, installations and events. He is known for SAS: Red Notice, Forces of Nature with Brian Cox, Dynasties, General Magic. Will Slater has been composing for television for close to 20 years and his extensive CV includes Planet Earth Live, Africa, Shark and One Strange Rock.
Benji and Will comment on their composing experience “Meerkat: A Dynasties Special was a pleasure to score… We worked very closely with the producer Emma Napper to develop a strong thematic language which is used to underpin the narrative development of the film. We were also very keen that the instrumentation and ‘sound-world’ of the score reflected the physical textures of the landscape in which the Meerkats live. In a subliminal way, the effect is to draw the viewer down to ground level, to be emotionally aligned with the Meerkats as the real-life storyline unfolds.”
Throughout 2021, the remaining Dynasties II episodes will unfold, and, from the same Sir David Attenborough-narrated stable, Green Planet is due to air early in 2022; all featuring soundtracks by Benji and Will. Benji and Will’s score for Dynasties I was warmly received, with The Review Geek labelling it as “outstanding” and “a fantastic musical journey” whilst Review Graveyard describes it as “beautifully rich and varied’ that “equally works just as wonderfully as a standalone album of incredible themes”.