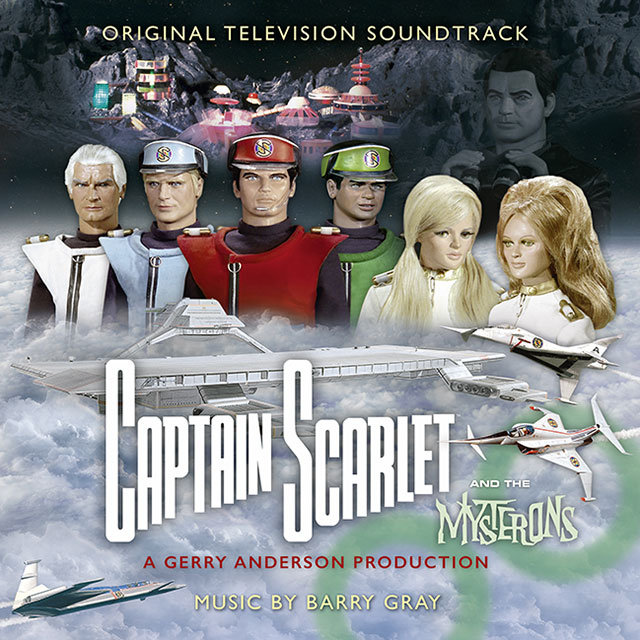 Label Store
Amazon
Apple Music
Spotify
Following the success of Thunderbirds, Gerry and Sylvia Anderson had proved they had hit upon a winning formula to wow audiences – their mixture of inventive special effects and puppetry: Supermarionation. First screened in 1967, Captain Scarlet And The Mysterons, was written as a more mature series, set against an ongoing war with a forboding unseen nemesis.
Taking his lead from the series premise, Captain Scarlet inspired composer Barry Gray to explore an equally mature musical palette to what he had utilised for previous Supermarionation series. With subtle string arrangements replacing the bombast of Thunderbirds’ urgency, the original music composed for Scarlet was suitably more atmospheric and at times more sober than its predecessors. The alien nature of the Mysterons themselves saw Gray return to the experimental electronic work he had composed for Fireball XL5 to create something suitably other worldly.