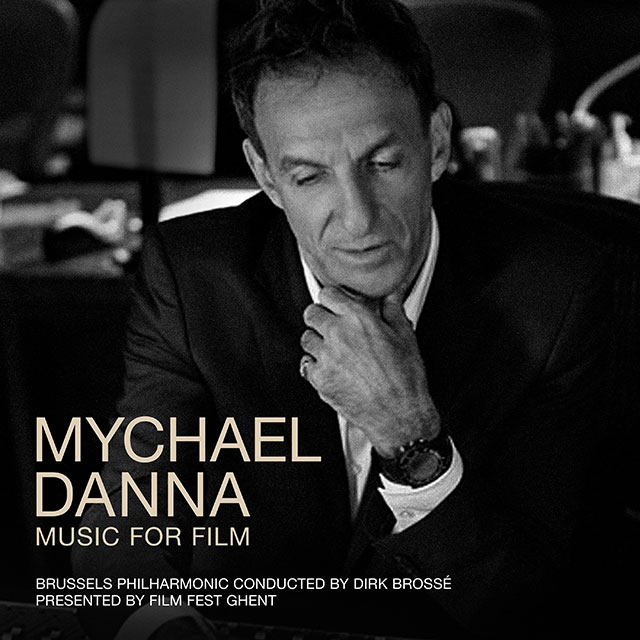 Label Store
Amazon
Apple Music
Spotify
Music Composed by Mychael Danna
Performed by Brussels Philharmonic & Vlaams Radiokoor
Conducted by Dirk Brossé
Presented by Film Fest Ghent
This year, Film Fest Ghent has recorded new music for the expanded reissues of three previously released albums, which will be distributed internationally in the ‘Music For Film’ album series: Shigeru Umebayashi – Music For Film | Gabriel Yared – Music For Film | Mychael Danna – Music For Film
Over the years, Mychael Danna has become known as one of the most original and intelligent voices in film music. An Academy and Emmy Award winner his trademarks include the integration of ethnic music into his work and his exceptionally broad musical reach. He has worked with acclaimed directors such as Ang Lee, James Mangold, Bennett Miller and Mira Nair alongside his ongoing collaboration with Atom Egoyan.
This is an updated version of Film Fest Ghent’s 2008 tribute to the composer’s work which featured his most celebrated music. This edition includes material recorded specifically for this release with suites from Hearts Of Atlantis, Life Of Pi, Monsoon Wedding and a newly created, mesmerising suite from Moneyball.