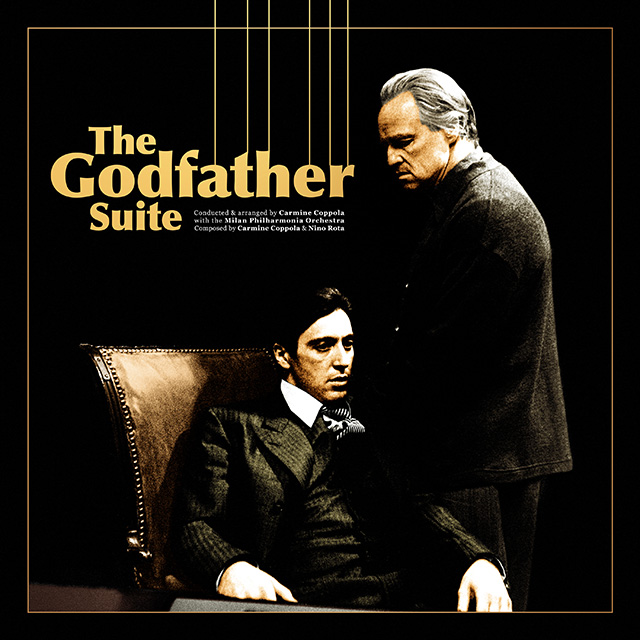 Label Store
Amazon
Apple Music
Spotify
Not at all dangerous, but no less powerful and devoted to one another, the Coppola family have loomed large in film and the arts for decades. The head of this particular family was not a Don lurking in the shadows, but a brilliant composer arranger and conductor: Carmine Coppola. On the face of it, this album is a bit of a curiosity, though it was surely the first recording to bring together music from both Godfather films in this way. Its original release coincided with a high-profile television event called The Godfather: A Novel for Television (also known as The Godfather Saga).
The extended cut necessarily featured additional music and arrangements, which were overseen by Carmine Coppola. We can safely assume that at least some of that forms part of what is included in The Godfather Suite. For it, Coppola selected and re-arranged musical highlights from the two films, including all of Rota’s main themes and his own source music pieces, creating what is essentially a 14-part symphonic suite.
It’s all rather beautifully executed, with great romantic flourishes, and it’s a fitting tribute to Carmine Coppola’s talent, not to mention his contribution to two legendary films. Carmine Coppola himself passed away just months after the release of The Godfather Part III. A highlight of that final score is the ‘Love Theme’, which was the basis of Carmine Coppola and lyricist John Bettis’s Oscar-nominated original song ‘Promise Me You’ll Remember’. The instrumental arrangement is included here in addition to the Suite.

Also available to stream & download, a vocal version of the track “Promise Me You’ll Remember” by Lance Ellington