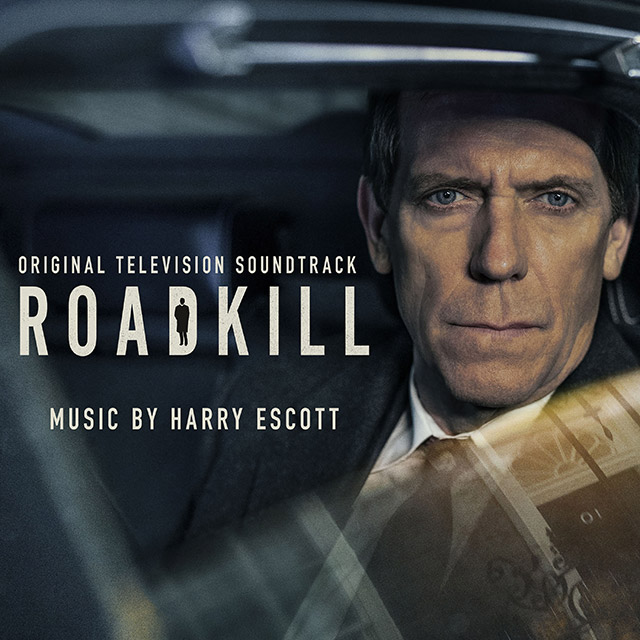 Label Store
Amazon
Apple Music
Spotify
Harry Escott’s original score for BBC drama Roadkill. Starring Hugh Laurie, the four-part political thriller was written by David Hare (The Hours, The Reader) and directed by Line of Duty’s Michael Keillor. The thriller follows a self-made, forceful, and charismatic politician whose public and private life is being picked apart by his enemies.

Over the last two decades, Harry Escott has worked with some of the industry’s finest filmmakers composing scores for Eran Creevy’s Shifty, Paddy Considine’s Journeyman, Steve McQueen’s Shame, David Slade’s Hard Candy and Alvaro Delgado’s Retablo. He is known for his long standing relationship with Michael Winterbottom, for whom he has scored several films including A Might Heart, The Face of An Angel and most recently, Greed and with Clio Barnard for whom he has scored all of her films including the forthcoming Ali & Ava.
Away from the screen, Escott’s recent works include a collaboration with the poet Lavinia Greenlaw for her sound installation, Audio Obscura, which won the Ted Hughes Award for New Work in Poetry and O Light Of Light, a reflection on Tallis’ O Nata Lux which was commissioned and performed by Ora Singers.
Harry Escott’s score for Roadkill is a jazzy, small ensemble affair featuring Mercury nominated pianist Kit Downes as leader of the band of world class performers – Martin France on drums, Richard Price on Double Bass, Oliver Pashley on Clarinet and Hugh Wilkinson on Vibraphone. Escott’s jaunty yet slippery themes and chromatic angular waltzes, seem to be purposefully disassociated from the on-screen drama. The music’s role in Roadkill is to heighten our understanding of the central character, the sociopathic politician Peter Laurence, skilfully played by Hugh Laurie.
Roadkill premiered on BBC One, UK on 18th October and is expected to premiere in the U.S. in early 2021 as part of the PBS’ Masterpiece series.
Roadkill is Harry Escott’s 4th release on Silva Screen Records, following Shifty (2009), The Face of An Angel (2015) and River (2015), for which he was awarded the Music and Sound Award for best original TV score in 2016.