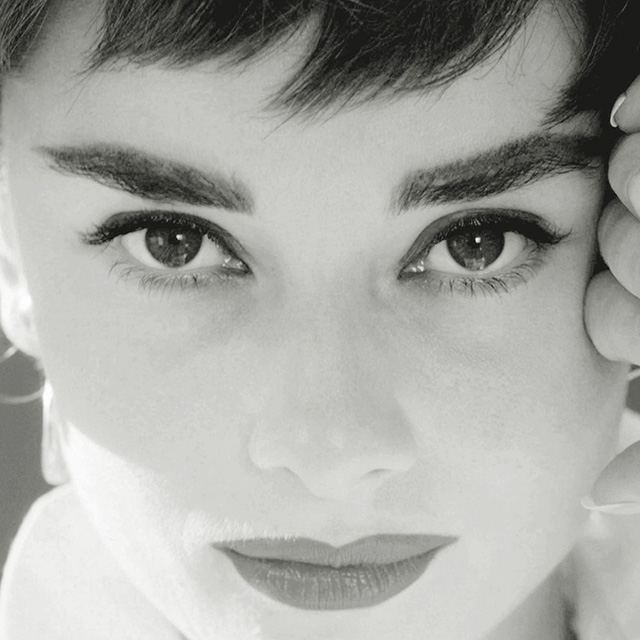 From the multi award-winning producers of McQueen and Churchill comes the documentary film Audrey, an intimate look at Audrey Hepburn’s life. With access to never-before-seen footage from her family’s personal collection, the film provides a deeply insightful exploration of Audrey, her life, her dreams and her legacy.
“The film provides intimate interviews with those who knew her best, woven around rare archival footage,” director Helena Coan says. “However, we have taken it one step further and worked with multi-award-winning British choreographer, Wayne McGregor CBE, to create dance sequences inspired by Audrey’s love of ballet, building a beguiling and emotionally affecting portrait of Audrey. Dance magnifies Audrey’s emotional landscape and brings a heightened sense of drama and theatre to the film, as well as a rich visual language which has not yet been used in documentary.”

Alex Somers was a perfect choice of composer for Audrey. He created a poignant sound world and immersed within it the visual portrait of a conflicted and complex human being. Audrey’s strengths and vulnerabilities together with her insecurities, challenges and love of life and humanity, make her a presence still felt worldwide today.
“Audrey Hepburn was such a special person” Says Alex Somers. “It was my goal to tap into what made her such a one-of-a-kind soul and create a melodic and sonic accompaniment for her. Collaborating with Helena was a beautiful and rewarding experience. The music poured out and together we experimented and pushed deeper to tell Audrey’s story; there is music here that is dark and there is music here that is light and uplifting, but the common thread is that it is honest and true to the spark that was Audrey.”

Alex Somers is an American composer and producer who currently resides in Los Angeles, having spent most of the last decade living in Reykjavík, Iceland, where he studied visual art at the Iceland Academy of the Arts. Alex was born in Baltimore and studied composition at Berklee College of Music in Boston.
His work was first noticed in 2009 with Riceboy Sleeps, his ambient album collaboration with partner Jónsi (Sigur Rós). Following Riceboy Sleeps, Alex co-produced Jónsi’s 2010 debut solo album Go. He then opened his own recording studio in Reykjavík where he co-produced and mixed Sigur Rós’ 2013 album Valtari, and continued to collaborate with artists Jónsi, Julianna Barwick, Jóhann Jóhannsson, Gyða Valtýsdóttir, Damien Rice, Amiina, Sin Fang, Briana Marela.
Alex began scoring for film and TV in 2011 when, together with Jónsi, he composed music and produced songs for We Bought A Zoo, How To Train Your Dragon Trilogy, Aloha, season one of WGN’s Manhattan, and The Circle.
He has since gone on to score Matt Ross’s Captain Fantastic (2016), Shia LaBeouf’s Honey Boy (2019), Taylor Swift’s Netflix original documentary Miss Americana (2020) and, most recently, the Apple original animated film titled Here We Are: Notes for Living on Planet Earth.
Audrey, the documentary, is available on DVD and as a Digital Download now.