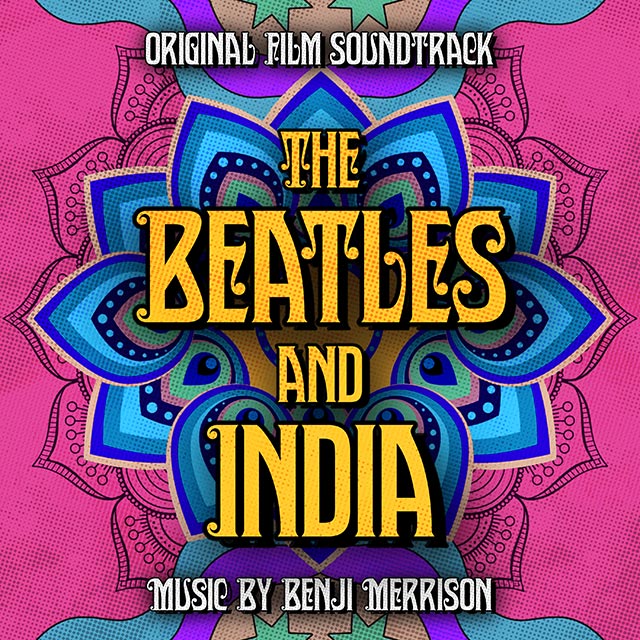 Label Store
Amazon
Apple Music
Spotify
The Beatles And India, the original score for the award winning documentary film. The hypnotic, lyrical soundtrack for The Beatles And India was written by award winning composer Benji Merrison and recorded at Abbey Road Studio 2, the legendary home of The Beatles recording sessions, Budapest, Hungary and Pune, India. Both a classically trained composer and a skilled music producer and engineer, Benji has scored music for hundreds of projects across film, television, installations and events. His distinctive musical voice is in high demand, and he is known for SAS: Red Notice, Forces of Nature with Brian Cox, Dynasties, General Magic.
The Beatles And India film is a unique historical chronicle of the enduring love affair between The Beatles And India that started more than half a century ago. Rare archival footage, recordings and photographs, eye-witness accounts and expert comments along with location shoots across India bring alive the fascinating journey of George, John, Paul and Ringo from their high-octane celebrity lives in the West to a remote Himalayan ashram in search of spiritual bliss that inspires an unprecedented burst of creative songwriting. It is the first serious exploration of how India shaped the development of the greatest ever rock band and their own pioneering role bridging two vastly different cultures.
“…fascinating story of how and why India fell in love with the Beatles”
The Guardian
“The Beatles: The Best Films to check out”
The Times
“…a uniquely Indian take on this pivotal event.”
Financial Times
“…fascinating documentary”
Eastern Eye
Tracklist – Original Score By Benji Merrison
01. Main Titles
02. Diminutive Yogi
03. Crazy Trailblazer
04. Selling Like Hotcakes
05. A Few Lessons
06. Something Very Grateful
07. Rishikesh Bridge
08. Jai Guru Dev
09. A Simple Existence
10. Old Ashram
11. The Prayer Room
12. 50 Years Ago
13. Feeling and Heart
14. All Of India
15. Birthday Party
16. Spiritual Teacher
17. A Dealbreaker
18. Secrets Revealed
19. Down To Kerala
20. Small Gift To The World
21. End Credits

Songs Inspired By The Film ‘The Beatles And India’ is a companion album to the film documentary and original score album, celebrating the enduring love affair between the band and their time in the country. Featuring renowned Indian artists performing interpretations of The Beatles’ songs with links to their time in India.
Click here to learn more