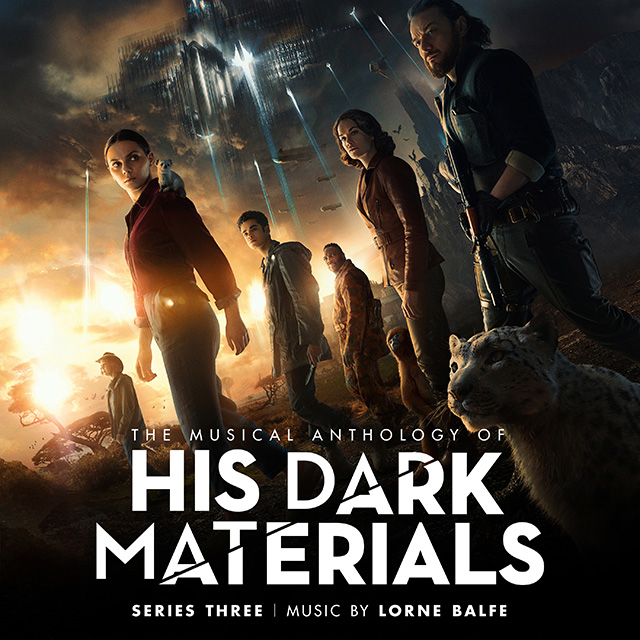 Label Store
Amazon
Apple Music
Spotify
‘The Musical Anthology of His Dark Materials: Series Three’, with music composed by Lorne Balfe. This third ‘Musical Anthology’ volume presents newly composed principal themes from series three.
The music for the entire His Dark Materials Trilogy is composed by Lorne Balfe. In this introduction to the music from the television series, Balfe delves into the series and character themes from the final instalment of Philip Pullman’s acclaimed trilogy. Lorne describes his score as “Elgar meets Nine Inch Nails” and recounts that “The main thing that we wanted to do was to always have a clear journey of each character’s theme… I wrote their themes separately as a journey, so that we knew musically what would happen throughout the series… I love that slight steampunk feeling of the books where you don’t necessarily know the period or time that you’re in. There’s a mixture of technologies and it’s in the realm of fantasy very [much] like Harry Potter. I think that, to me, is what drew me into that world and the fact there are several worlds- you’ve got the present and the past”.
The Musical Anthology of His Dark Materials Series One and Two were warmly received by the press. First post describes the score as “fantasy the way it should be done: sumptuous, inspiring both wonder and a sense of adventure, beautifully scored (by Lorne Balfe), with world building that is as impeccable as it is effortless.” Classic FM sees it as an “epic work that perfectly foreshadows Lyra’s journey, and could easily belong in Assassin’s Creed or Tomb Raider” whilst Movie Wave comments on the score being “… thematically rich, dramatically potent fantasy music… undoubtedly one of the most impressive new scores of the year.”
The show’s third and final season is based on Philip Pullman’s The Amber Spyglass, the third book in the author’s His Dark Materials trilogy.

1. A New World
2. Emissaries
3. Asriel’s Republic
4. The Land of the Dead
5. Father Gomez
6. The Boatman
7. Opposing The Authority
8. General Ogunwe
9. Lord Roke
10. The Gallivespians
11. Metatron
12. The Banished Angel
13. The Threads That Bind
14. Love Across Worlds
Click here to see all of our His Dark Materials soundtrack and anthology releases >