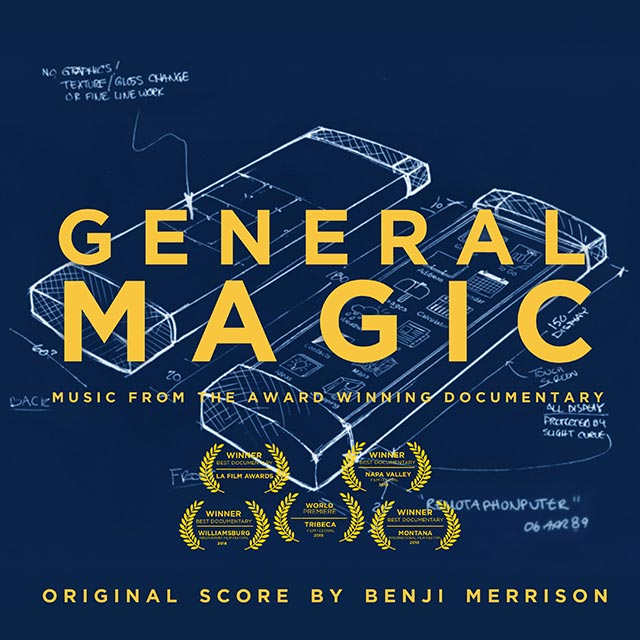 From the first smartphones to social media, e-commerce and even emojis, the ideas that now dominate the tech industry and our day-to-day lives were born at General Magic, a 1989 Silicon Valley startup that most of us haven’t heard of. General Magic is the story of one of history’s most talented technology teams and this documentary is a tale of how great vision and epic failure can change the world. With members of the original Mac team and the creators of the iPhone, Android, eBay and more, this is the story of one of history’s most talented teams and what happens when those who dream big fail, fail again, fail better and ultimately succeed.
Premiering at the Tribeca Film Festival 2018, General Magic has already won Best Documentary at the LA Film Awards and Williamsburg Independent Film Festival, as well as the Jury Award at Napa Valley Film Festival.
Benji Merrison is an award winning composer, known for BBC’s Dynasties, Class, Horizon and ITV’s Victoria. His distinctive musical voice is in high demand and he has scored music for hundreds of projects across film, television, installations and events. He has worked with all major UK broadcasters, along with many other networks and brands worldwide.
1. Valley of Sorrows
2. Ancient Technology
3. The Profit Leaves
4. A Vision in Time
5. Spinning out of the Core
6. Supernovas
7. Engineering Passions
8. Scheduling
9. Industry Secrets
10. Making Headlines
11. Challenges
12. Too Many Columns
13. Ship Or Die
14. Goes on Sale
15. System Crash
16. Making the Wave
17. Already in a Museum
18. Losing Everything
19. A Warning
20. The Dream