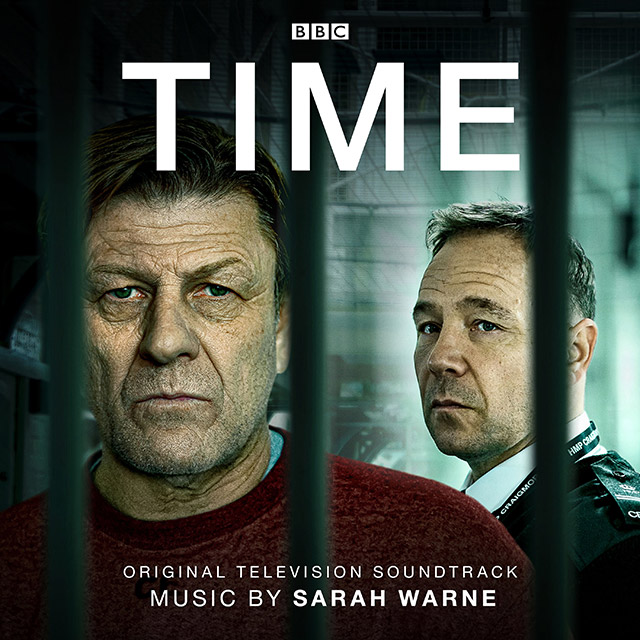 Download the digital booklet
Label Store
Amazon
Apple Music
Spotify
Sarah Warne’s soundtrack to BBC One hard hitting prison drama Time. The soundtrack was written for a small ensemble featuring Laetitia Stott (Horns), Ed Ashby (Tuba), Eleanor Bartlett (Violin), Laurie Anderson (Viola), Peter Gregson (Cello) and Sarah Warne (Bowed harp and vocals).
Time is a three-part series written by Jimmy McGovern (Hillsborough, Broken and Accused), directed by Lewis Arnold (Des, Dark Money, The Forge) and starring Line of Duty’s Stephen Graham and Games of Thrones’ Sean Bean.
Composer Sarah Warne talks about the compositional process: “The music for Time explores the slow and painful road to redemption, the harrowing isolation of incarceration, and Mark and Eric’s united torment as they both strive to do what is right. Visceral yet sensitive performances from the score’s core ensemble, combined with off-kilter prepared piano and detuned ethereal textures, are designed to dig deep into the powerful questions at the centre of the drama.”
The series offers a realistic depiction of prison life. Sean Bean plays Mark Cobden, an ex-headteacher jailed for drink-driving and consumed by guilt over his actions who soon realises that he needs to learn how to survive in prison. Stephen Graham plays Eric McNally, a prison officer who becomes increasingly desperate to protect his son and arrives at a crossroads that forces him to choose between his principles and his love for his family.
Writer Jimmy McGovern comments: “The BBC have given me a brilliant young director and two of the greatest actors on the planet. I am overjoyed.”