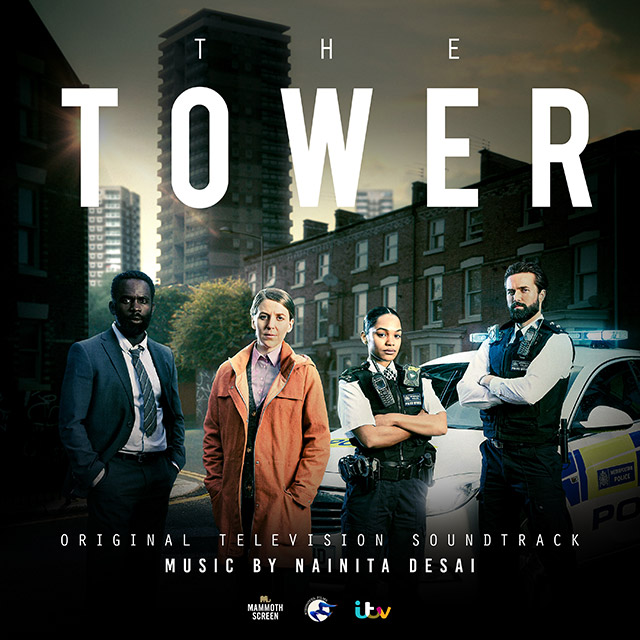 Amazon
Apple Music
Spotify
TV mini-series, The Tower: With Gemma Whelan, Jimmy Akingbola, Tahirah Sharif, Emmett J Scanlan. A veteran beat cop and teenage girl fall to their deaths from a tower block in south-east London, leaving a five-year-old boy and rookie police officer Lizzie Griffiths on the roof, only for them to go missing. Detective Sergeant Sarah Collins is drafted in to investigate, working to find Lizzie before she comes to serious harm, but also to uncover the truth behind the grisly tower block deaths.
The series music for The Tower is by award-winning composer Nainita Desai, having recently won ‘Discovery of the Year’ at the 2021 World Soundtrack Awards, and ‘Breakthrough Composer of the Year’ at the 2020 IFMCA Awards. Nainita also scored the music for nature documentary film ‘Untamed Romania’, which was released through Silva Screen Records.
In the early stages of her career Nainita worked with leading filmmakers including Bertolucci and Werner Herzog, before securing a role at Peter Gabriel’s Real World Studios and forging an enviable reputation scoring documentaries, and feature films like the supernatural thriller Darkness Visible and WW2 drama Enemy Within.