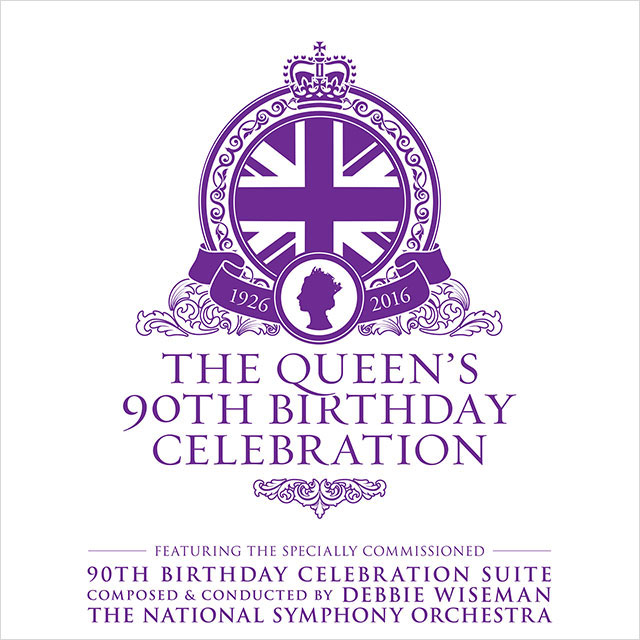 The Queen’s 90th Birthday Celebration at Windsor Castle portrayed The Queen’s life, her love of horses, her dedication to the Commonwealth and international affairs and her deep involvement with the Navy, Army and ­­­­Air Force in a 90 minute extravaganza. Spanning the weekend of the 12th to the 15th of May 2016, it was a birthday party fit for a Queen! This specially commissioned five movement suite was written by one of the UK’s most successful female musical ambassadors, Debbie Wiseman MBE. In demand not only as a composer, but also as a conductor and presenter, throughout the past 20 years, there are probably few people in the UK who have not heard a theme from one of Debbie’s films or shows. From The Andrew Marr Show to last year’s chart-topping music for Wolf Hall, her breadth of composing is wide-ranging. Augmented by past royal themes, the broadcast premiere of the suite was performed for the first time on nationwide television on Sunday May 15th 2016.
“To be simply living at the time when our longest-serving monarch celebrates a landmark birthday is a privilege in itself; to be invited to be a small part of the joyous celebrations is an honour indeed. I hope that you enjoy my specially composed tribute to the life of Her Majesty and the many happy and glorious memories she has given to us, and shared with us, throughout her years of dedicated service to our country. Long live the Queen!” – Debbie Wiseman MBE
1. Overture – Debbie Wiseman
2. Buckingham Palace March – Debbie Wiseman
3. Royal Ascot – Debbie Wiseman
4. Sandringham and Windsor – Debbie Wiseman
5. Finale – Debbie Wiseman
6. I Vow To Thee My Country – Helena Blackman [vocal]
7. Zadok The Priest – The City of Prague Philharmonic Orchestra conducted by Paul Bateman
8. Nimrod – The City Of Prague Philharmonic Orchestra conducted by James Fitzpatrick
9. Fantasia On “Greensleeves” – The City of Prague Philharmonic Orchestra conducted by Miriam Nemcova
10. Fanfare For A Festive Occasion – The Fanfare Trumpeters of the Royal Military School of Music
11. Crown Imperial – The Band Of The Irish Guards, North West Infantry T.A. Band, The Band Of The Grenadier Guards
12. Pomp And Circumstance March No.4 – The Band Of The Prince Of Wales’s Division (Lucknow)
13. God Save The Queen – The Royal Artillery Band, The Band Of The Army Air Corps, The Band Of The Royal Military School Of Music
Email:
info@silvascreen.co.uk