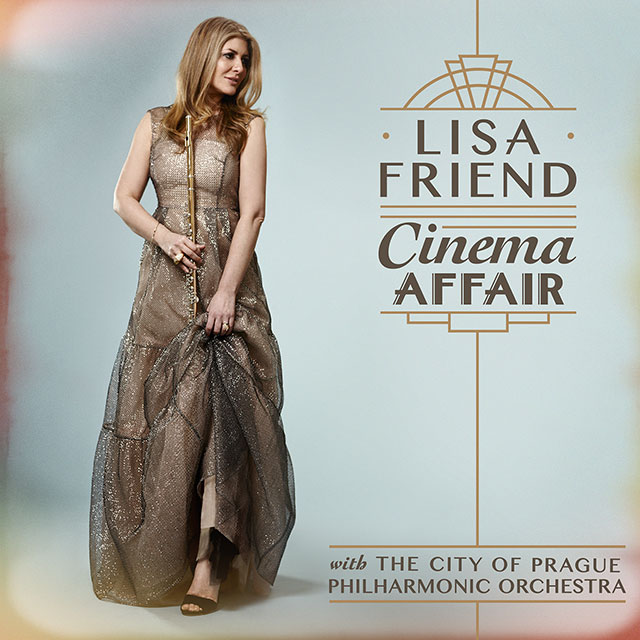 Delivering a passionate and flawless performance, Lisa Friend creates a sublime interpretation of Cinema Paradiso, Once Upon A Time In America, Dances With Wolves, Legends Of The Fall, The Cider House Rules to name but a few.
The inspiration for this album is firmly rooted in Lisa’s New York childhood. Lisa’s father was Concertmaster of the New York Philharmonic, and during his years leading the orchestra, Lisa would attend the rehearsals and recordings to watch him perform some of the great 20th Century film scores – Woody Allen’s choice of George Gershwin’s music for Manhattan conducted by the great Zubin Mehta, John Willliams’s The Witches Of Eastwick, Leonard Bernstein’s work, Bernard Herrmann’s Psycho, Maurice Jarre’s Lawrence Of Arabia. Lisa’s parents would play cassettes of ‘The spaghetti Westerns’ scores in the car, and as a teenager, Lisa became riveted by Ennio Morricone’s masterpiece Cinema Paradiso and Ennio became Lisa’s hero film composer. She even wrote her first and only ever fan letter to the great Morricone, thanking him for this incredible music.
On release the album immediately entered the UK Classical Charts at number 9.
1. The John Dunbar Theme (From “Dances With Wolves”)
2. Once Upon A Time In America Main Theme (From “Once Upon A Time In America”)
3. Cinema Paradiso Love Theme (From “Cinema Paradiso”)
4. Whisper Of A Thrill (From “Meet Joe Black”)
5. La Califfa
6. Pride And Prejudice
7. The Red Tent
8. Where Dreams Are Born (From “A.I. Artificial Intelligence”)
9. The Ludlows (From “Legends Of The Fall”)
10. Cinema Paradiso Main Theme (From “Cinema Paradiso”)
11. The Cider House Rules End Titles (From “The Cider House Rules”)
12. Love Affair End Credits (From “Love Affair“)
Email:
info@silvascreen.co.uk