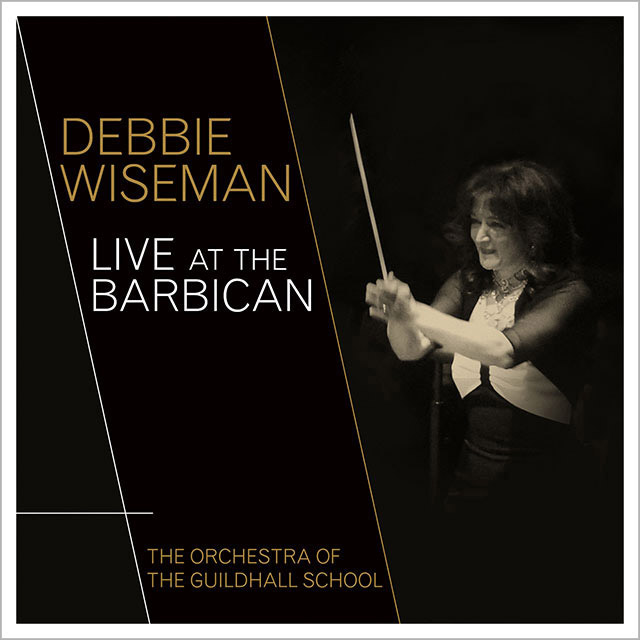 Download the digital booklet
As part of Barbican’s Contemporary Music Concerts series, in January 2016 The Orchestra of the Guildhall School performed in a retrospective concert of composer Debbie Wiseman’s film, TV and concert work.
The Guildhall School alumna, Award winning composer Debbie Wiseman MBE, is one of the UK’s most in-demand composers writing for film, TV and concert hall. She is currently Classic FM’s Composer in Residence, and her soundtrack to the recent BBC TV series Wolf Hall went straight to the top of the classical music charts. With this concert Debbie Wiseman makes a nostalgic return to the School to conduct the Guildhall Chamber Orchestra in a programme of her music.
Debbie Wiseman explains – “The three years I spent studying piano and composition at the Guildhall School of Music and Drama were very special, and I was thrilled to be invited back to conduct a concert of my music with the college’s Symphony Orchestra at their brand new concert hall in the Barbican Centre, Milton Court. I was hugely impressed – but not at all surprised – at the high standard of the orchestra. These talented first and second-year musicians, despite their youth, would not sound out of place in the professional world, such is their ability. They played with commitment, focus and infectious enthusiasm, and it was an enormous pleasure working with them all. This album is dedicated to my wonderful composition teacher at the Guildhall School, Buxton Orr.”