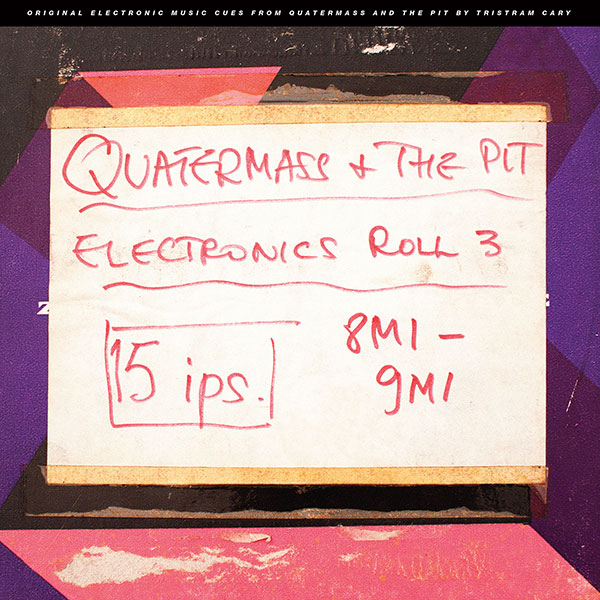 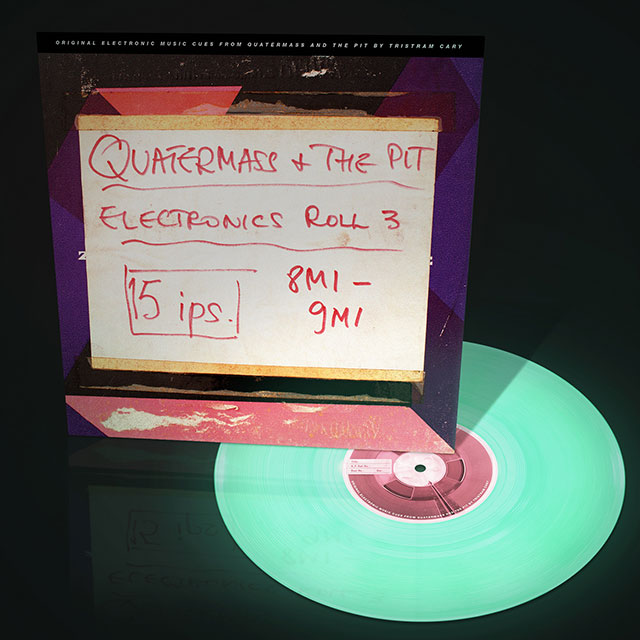 Label Store
Originally a BBC serial, Quatermass and the Pit (released in the US as Five Million Years To Earth) was made by Hammer Film Productions in 1967 as a sequel to their earlier films The Quatermass Experiment and Quatermass 2. The film, hailed as an early classic of the sci-fi genre, begins when excavating workers discover five million year old skeletal remains in the London Underground tunnels, followed by a metallic object they believe to be an unexploded bomb. When rocket scientist Professor Bernard Quatermass examines the finds they conclude that the object must also be five million years old and Quatermass suspects the skeletons originate from Mars. Events take a sinister turn when the object begins to emit a powerful telekinetic force causing those affected to go on a violent rampage in the streets of London.

Composer Tristram Cary (1925-2008), had previously scored Ealing Studios’ The Ladykillers amongst other films and went on to write another soundtrack for Hammer, Blood From The Mummy’s Tomb (1971). His interest in electronics began during his time in the Royal Navy operating radar equipment and he established several early electronic studios, including the Electronic Music Studio Ltd. which created the first commercially available portable synthesiser, the VCS 3.
This vinyl release features electronic cues from Quatermass and the Pit, a fascinating insight into the beginnings of electronic music and its development through the horror/sci-fi film genres. The full soundtrack to the film, a tense and atmospheric score for full orchestra, is available on a separate release.
“I was not mad about doing the film because Hammer wanted masses of electronic material and a great deal of orchestral music. But I had three kids, all of which were at fee-paying schools, so I needed every penny I could get!… The main use of electronics in Quatermass, I think, was the violent shaking, vibrating sound that the ‘thing in the tunnel’ gave off… It was not a terribly challenging sound to do, though I never played it very loud because I didn’t want to destroy my speakers – I did have hopes of destroying a few cinema loudspeaker systems, though it never happened” – Tristram Cary