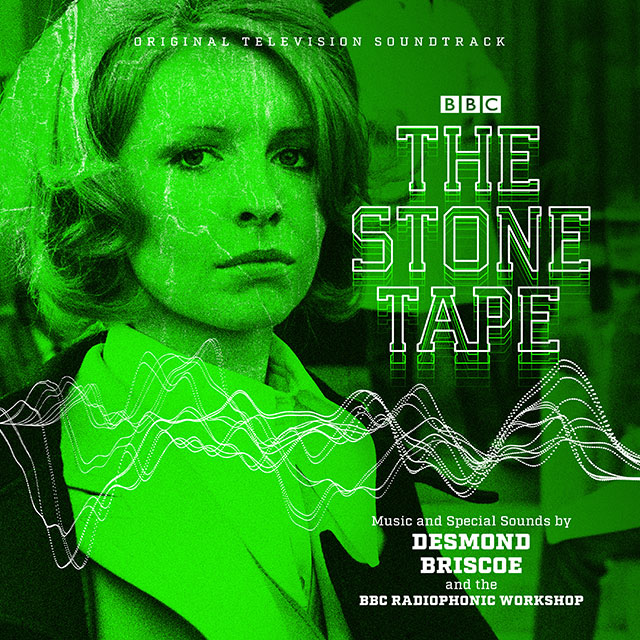 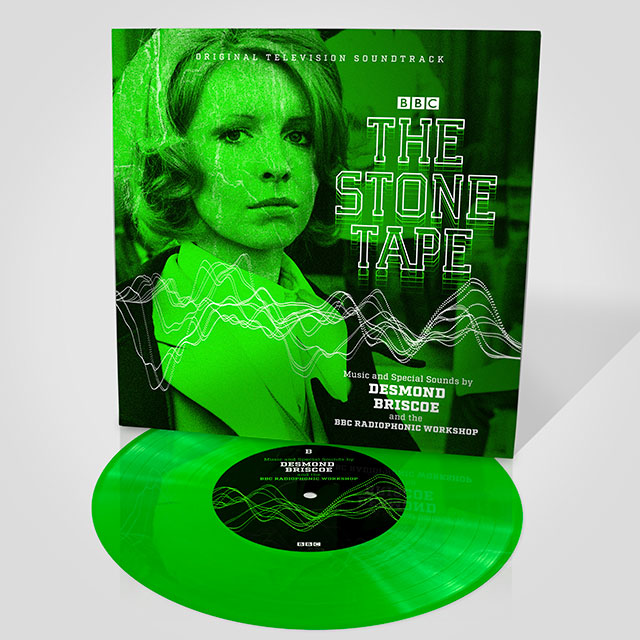 See the official RSD2019 release listing
Record Store Day 2019 – Limited Numbered Edition on Fluorescent Green 10” Vinyl
The Stone Tape aired on Christmas Day 1972 on BBC2, and is still regarded as one of the creepiest ghost stories ever produced for TV, drawing praise from critics and viewers. Directed by Peter Sasdy and written by Nigel Kneale of Quatermass fame, the plot juxtaposes science and the supernatural, a favourite theme of Kneale’s work.
Jane Asher’s character, Jill (pictured on the sleeve), is one of a team of scientists developing a new recording medium. The story starts as they move into their new research facility, which is rumoured to be haunted. And after encountering a ghost, they develop a theory that the stone walls have recorded the traumatic events of the past, hence the title. The impact of the story was such that ‘Stone Tape Theory’ has become a phrase to describe residual hauntings.
The concept of supernatural phenomena as recorded trauma is reflected in the disturbing soundtrack, for which the then head of the Radiophonic Workshop, Desmond Briscoe, created a series of terrifying sound effects assisted by Glynis Jones (although she was not mentioned in the TV credits).
Mark Ayres, archivist and member of the Radiophonic Workshop, mastered this release and has provided the sleeve notes.

1. Application for an Exorcism
2. Do You Know What He’s Done?
3. The Others
4. Accidental Death
5. Help Me, Peter (Closing Title)