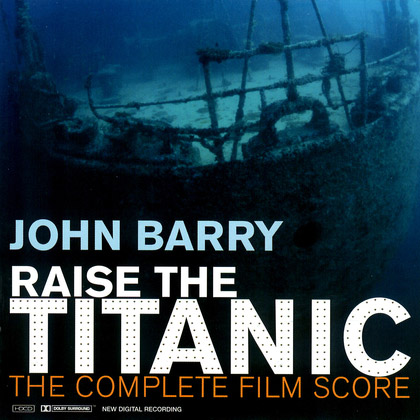 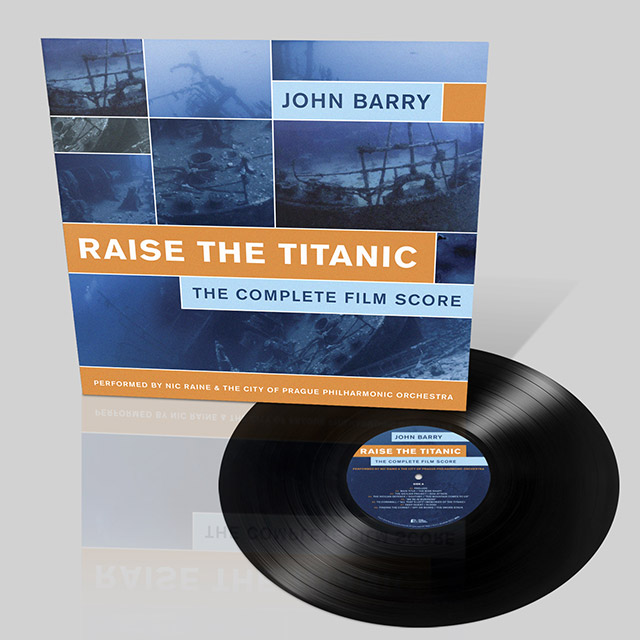 Label Store
Amazon
iTunes / Apple
Spotify
The masters for Barry’s Raise The Titanic were lost and the film was panned by both critics and audiences alike upon its release in 1980. When Barry went on to win an Oscar for his supremely successful score for ‘Out of Africa’ five years later, the demand for a release of ‘Raise The Titanic’ resulted in The City of Prague Philharmonic making the recording for Silva Screen Records, conducted by Nic Raine who worked as Barry’s arranger and orchestrator for over 15 years.
A SIDE
1 Prelude
2 Main Title / The Mine Shaft
3 The Sicilian Project / Dog Attack
4 The Sicilian Defence / Southby / The Mountain Comes To Us
5 We’re In Business
6 To Cornwall / All That’s Left (Memories Of The Titanic)
7 Deep Quest / Flood!
8 Finding The Cornet / Spy On Board / The Smoke Stack
B SIDE
1 The Titanic Uncovered
2 Gene Explores The Titanic / Deep Quest Trapped
3 Rescue Attempt / Blowing The Tanks
4 Raise The Titanic / Deep Quest Saved
5 Memories Of The Titanic
6 Russian Threat / The Titanic Enters New York Harbor
7 “Thank God For Southby” / In The Graveyard / End Titles
Email:
info@silvascreen.co.uk