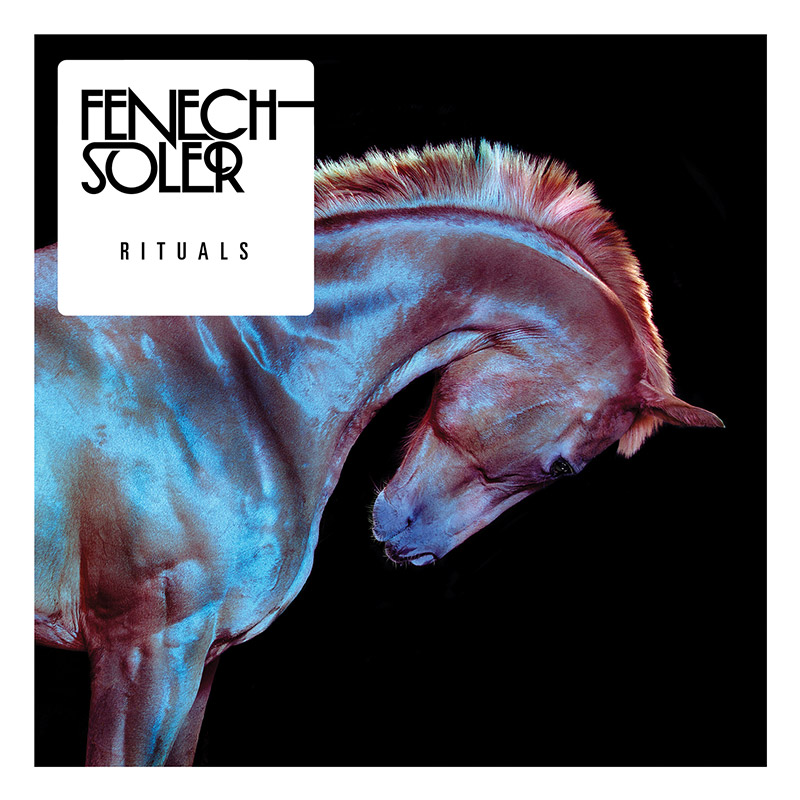 LABEL: SO RECORDINGS / SILVA SCREEN RECORDS
Amazon
Apple Music
Spotify
“Their best album yet… Out to be clubland’s favourite band.” – Mixmag
After a summer of triumphant festivals sets at Glastonbury, Reading, Leeds, Wireless, Itunes Festival, Berlin Festival, Boardmasters, Rockness and beyond, Fenech-Soler are back and on track for the release of their genre uniting second album ‘Rituals’ on 30th September 2013. The album is the follow-up to their self-titled 2010 debut album which earned Q and XFM award nominations and The Guardian hailing it as “the best recent record of it’s genre”.
“This has been the biggest challenge we’ve ever faced as a band. To make this album and to push ourselves to a new level as writers, producers and musicians. It took us to the edge and back but we’re proud of it and ready to show people”
There’s a euphoric rush to ‘Rituals’. Songs such as upcoming single ‘Last Forever’, along with tracks like ‘In Our Blood’, ‘Fading’ and ‘All I Know’ share compelling pop-orientated traits: boundless energy, soaring hooks and an insistent sense of melody. Fenech-Soler haven’t been afraid to make a pop record but it’s the darker sides to ‘Rituals’ with songs such as ‘Somebody’, “Two Cities’ and ‘Glow’ that provide diversions into the unexpected.
The recording process for ‘Rituals’ took place in a multitude of locations over the course of 2012. It started with an initial writing session in a remote house in the hinterlands of Norfolk as the band decided to cut themselves off from the outer world. Tasks were then divided as members headed in different directions. Ben Duffy travelled solo to Italy to spend time writing whilst Andrew Lindsay, drummer and the production brains in the band, set about custom building a studio that would later become the central hub of the recording and production process. Further sessions in Massive Attack’s studio and remote locations in the West Country provided the settings where ‘Rituals’ would come to life.
The title was inspired by two interlinked concepts – the fact that everyone’s lives are dictated by varying unspoken rituals and that the making of an album is the band’s very own equivalent.
Tracklist:
Youth
All I Know
In Our Blood
Ritual I
Last Forever
Somebody
Fading
Magnetic
Maiyu
Two Cities
Ritual II
Glow
Fading (Accoustic)
Magnetic (Accoustic)
Maiyu (Accoustic)
Two Cities (Accoustic)
Rituals II (Accoustic)
Glow (Accoustic)
Email:
info@silvascreen.co.uk