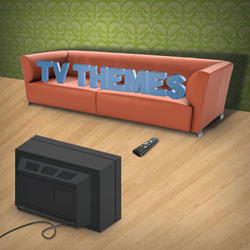 Nothing brings back the memories like an old TV theme tune.  Those familiar melodies, often paid little attention at the time, induce a nostalgic glow when remembered years later in a way that only music can.  Currently streaming on the Silva Soundcloud is a selection of iconic TV themes, available only through iTunes.

If you were a child of the Eighties, why not revisit the village full of small, blue, Belgian characters, The Smurfs?  The bizarre theme tune was part of a worldwide pop phenomenon, with Father Abraham becoming the world’s most unlikely international popstar.  Fans of the panpipes (you either love them or hate them) may enjoy the catchy theme to the French/Japanese cartoon The Mysterious Cities of Gold from the same era, or how about the jaunty theme to techno sleuth Inspector Gadget – remember him?

One for the ladies, Bergerac‘s distinctive French influenced theme (yes, that does include an accordion) is synonymous with sexy middle age pin-up John Nettles, while the Cadbury’s Milk Tray theme set female hearts fluttering and pulses racing over five decades as a mysterious stranger goes to any lengths to give the woman he loves a box of chocolates.  Why doesn’t that happen in real life?

Relive it all in full on the Silva Soundcloud, and if one really takes your fancy, you can download or buy it as a ringtone on itunes.  Just click the buy button on the Soundcloud track.