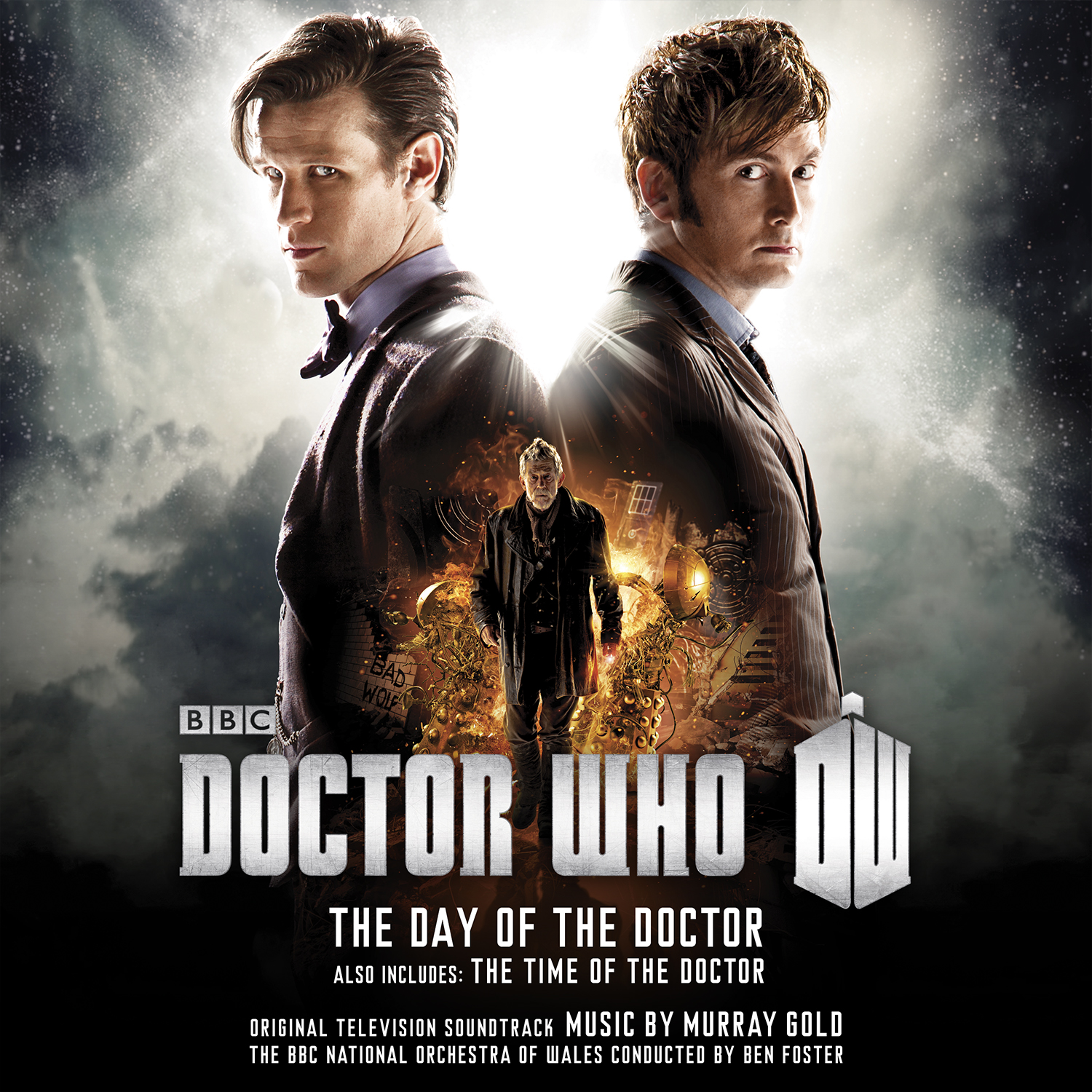 2013 was an epochal year for Doctor Who and the two specials reflected the series’ monumental impact as a British cultural icon. The Day Of The Doctor celebrated the 50th anniversary of the series with a story that weaved in many references to its distinguished past and was transmitted to 94 countries, the largest ever simulcast for a TV drama. With this 2 CD release, Murray Gold’s best-selling music for the series extends the catalogue to nine years of superbly crafted themes from uplifting and exciting to reflective and melancholic.  Disc two presents music from The Time Of The Doctor,  the episode in the now traditional Christmas Day slot which showcased the departure of Matt Smith and Peter Capaldi’s debut as the twelfth Doctor.

“Ever since Doctor Who’s revival in 2005, Murray Gold’s incidental music has become as iconic as the theme tune (originally composed by Ron Grainer) he re-arranged. It takes sadness and provokes tears. It takes danger and quickens the pulse. It takes adventures through time and space with a mad man in a box and – somehow – makes it all seem even more weird and wonderful than it already is” – Radio Times