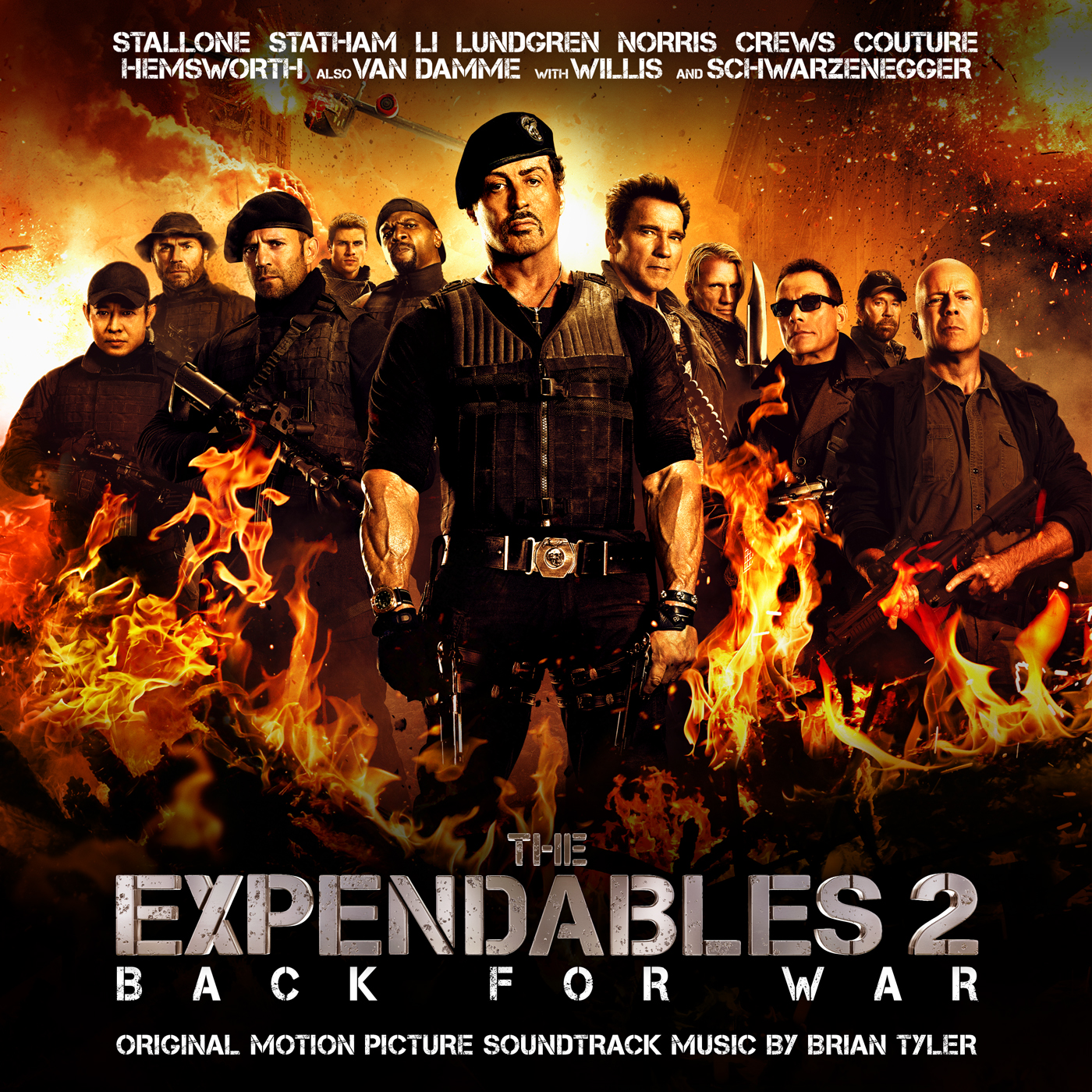 Friday the 17th of August sees Mr. Church aka Bruce Willis return once more to recruit the services of Barney Ross (Sylvester Stallone) alongside the ultimate collection of big screen action stars both past and present (Jason
Statham, Jet Li, Dolph Lundgren, Terry Crews, Randy Couture, Arnold
Schwarzenegger) and newest members Billy the Kid (Liam Hemsworth) and Maggie (Yu Nan).  The original 2010 film topped the US box office and was a major worldwide hit grossing over $275m and apparently, THE EXPENDABLES 2 was on the drawing board months before the original movie was completed and released in theatres.

In this spirit of continuity, composer Brian Tyler has been brought back to score the sequel, confirming his status as one of the most prolific creators of action scores in the business.  In the last decade he has created a wide selection of music for many films including Children Of Dune, Constantine, Annapolis, The Fast And The Furious, Aliens Vs Predator – Requiem and Battle Los Angeles.  His previous releases on Silva Screen, Rambo (SILCD1260) and The Expendables (SILCD1339) have been consistently popular and the former has been applauded as a fine successor to Jerry Goldsmith’s original music for the series.

“This time around, the heroes are more heroic and the villains are darker. The stakes are raised and the world’s survival hangs in the balance. That called for a more epic approach to the music which was recorded with an orchestra combined with world percussion and darker elements” – Brian Tyler

The Expendables 2 is available digitally on itunes now and or you can pre-order the CD.