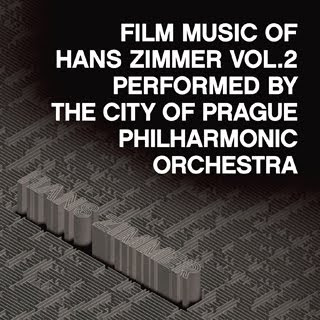 Coming digitally on the 30th May is Silva Screen’s second, hand-picked compilation featuring The Film Music of Hans Zimmer followed later in July by a CD of the same.

With four Grammys, two Golden Globes and an award winning repertoire of scores, Hans Zimmer has cemented his name as a Hollywood heavyweight.

This second compilation showcases a variety of Zimmer’s classic scores with the addition of his more recent successes, Mutiny (Pirates Of The Caribbean, On Strangers Tides), Discombobulate (Sherlock Holmes), Aggressive Expansion (The Dark Knight), putting them side by side with classic tracks from box office hits such as, This Land (The Lion King), Red Sea (The Prince Of Egypt) and Davy Jones (Pirates Of The Caribbean, Dead Man’s Chest) to name but a few.

Zimmer in a recent interview with the Independent Film Channel went on to say, “You know my life is really about sequels at the moment, I have ‘Pirates’ four into ‘Kung Fu Panda’ two, into ‘Sherlock Holmes’ two and of course Chris is working on another ‘Batman’ movie. So that’s really my life, so what I’m trying to do is, I’m trying to go and figure out how we can bring something new to the party each time.” (Independent Film Channel)