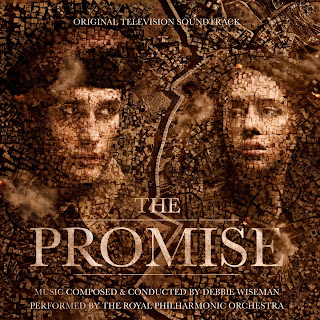 On the 21st February Silva Screen is scheduled to release The Promise, Debbie Wiseman’s soundtrack to the new Channel 4 four-part drama series.

The series follows 18 year old Erin, who sets out on an emotional journey to Israel, retracing her grandfather’s post WWII British peace keeping footsteps in what was then Palestine.

Composer Debbie Wiseman’s previous credits include Flood, Wilde, Land Girls and Lesbian Vampire Killers, and on this CD the Royal Philharmonic do full justice to her atmospheric score.

“Debbie weaves her beautifully played piano with strings, oboe and harp, as well as with Kaval, Duduk, Oud, ethnic flute and Arabic violin to create a soundscape that eloquently interprets the epic scale of a drama about one of the most intractable and tragic conflicts of the modern age” – Peter Kosminsky – writer/director – The Promise

11. Age Shall Not Weary Them