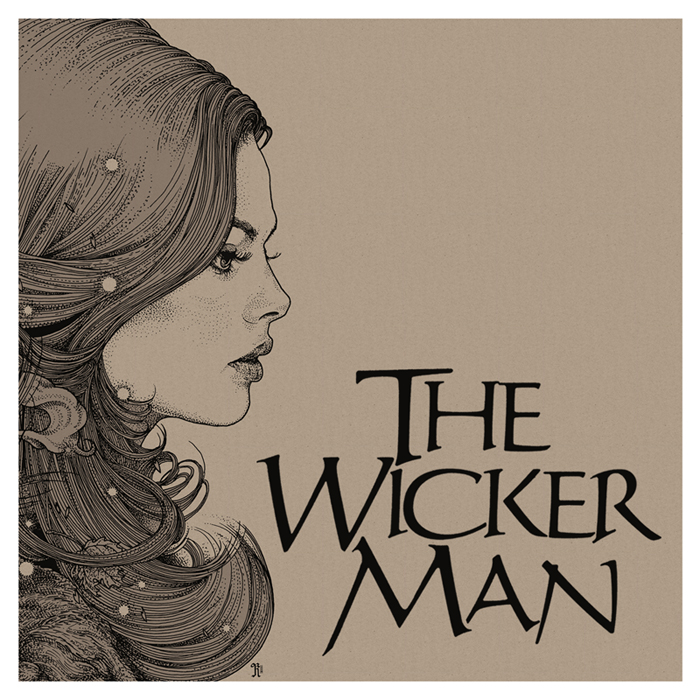 To celebrate 40 years since the release of THE WICKER MAN, Silva Screen Records have commissioned artist Richey Beckett to create a brand new poster for a one-off screening at Hackney Picturehouse on Halloween.

This ‘final cut’ of the film is the result of a worldwide search for the legendary lost footage that was launched to mark its 40th anniversary, and includes newly discovered material that had been missing for decades.  Established Wicker buffs will relish the chance to finally see the cut that Hardy describes as fulfilling his original vision, while newcomers are in for a deliciously creepy and shocking treat.

THE WICKER MAN’s famous folk soundtrack has only increased in popularity since the release of the film in 1973, and the songs have become so familiar that singing along with them while watching just comes naturally! Lyric sheets will be provided at the screening for those who feel moved to participate and fully immerse themselves in the Wicker Man experience as well as a Halloween Harvest Fair,  pop-up cider bar, apple bobbing, pumpkin carving and more.

A limited run of the numbered, screen-printed posters will be available to buy at the screening and online after the event. Richey Beckett’s beautiful illustration will also appear on a t-shirt and on the sleeve of a never previously released vinyl LP version of the soundtrack. Composer Paul Giovanni had always intended to release the soundtrack on vinyl as an album of songs, but this never happened due to the film’s troubled past, and consequently the existing soundtrack includes extra incidental music.

This event is a collaboration between Silva Screen Records, Hackney Picturehouse and Rare Sleeve.

The Halloween Harvest Fair will be from 8.45 and the screening will start at 9.30.