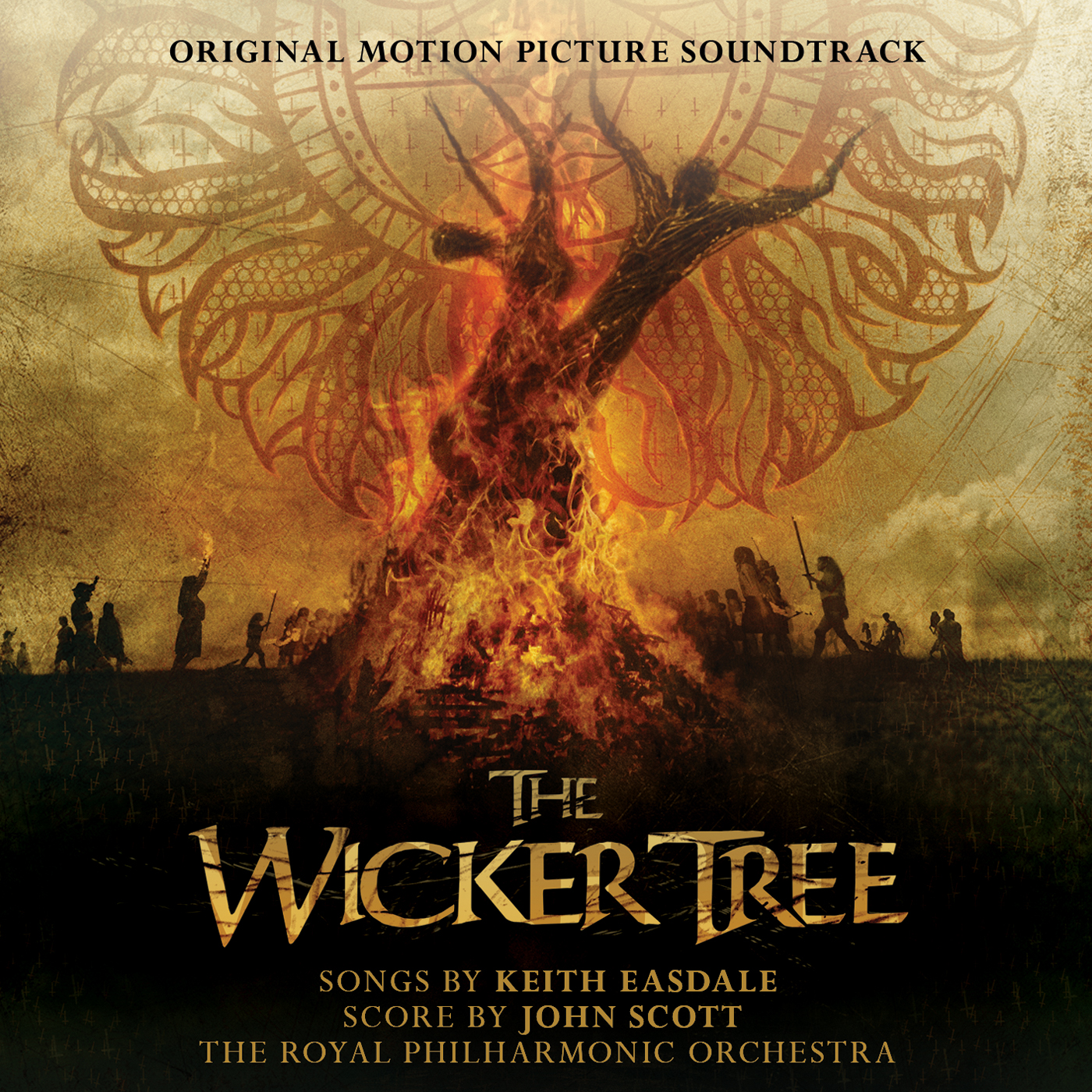 On the 9th of July, Silva Screen Records will release the OST to ‘The Wicker Tree’.  Director Robin Hardy has garnered legendary cult status for his previous classic, The Wicker Man and this, his latest film, is based upon his book “Cowboys For Christ”, written in 2006. The soundtrack will be a 2CD set featuring a score composed by John Scott and songs by Keith Easdale.

The film follows the story of two devout Christians who become enmeshed in the strange ways of a Scottish community, with the music and songs once more a driving force of the film’s story, much like its predecessor, The Wicker Man.

The Independent called the book “a cracking good read full of sex, suspense, black humour and, of course, music.”

John Scott’s music career extends to over sixty years of writing and composing.  As an arranger, conductor and musician Scott’s work appears on many classic 1960s hits, not least playing flute on The Beatles’ You’ve Got To Hide Your Love Away and lead sax on Goldfinger.

His film and TV composing career covers over 140 titles (Greystoke: The Legend Of Tarzan, Lord Of The Apes, The Cousteau Odyssey).

He is also a celebrated classical composer and has conducted many of the world’s leading orchestras, including The Royal Philharmonic Orchestra who perform The Wicker Tree score.

Traditional Scottish artist and composer, Keith Easdale, provides songs that propel the story and he was present throughout the production to supervise the music which has been described as the spine of the film.

“So much is in the visuality and the music. What I do breaks the rules.” – Robin Hardy, Wicker Tree Director.

‘All the more shocking by the calm of the gorgeous lilting folk songs and speckles of warm, earthy humour’
-damatomato, frightfest.co.uk